(PORTLAND, OR) – Cascade Brewing has announced the upcoming release of two projects this month: Nectarine Dream 2019, which has never before been packaged, will be available in 500ml bottles and on draft; and Native Bramble 2019, a new project, will be available on draft only. 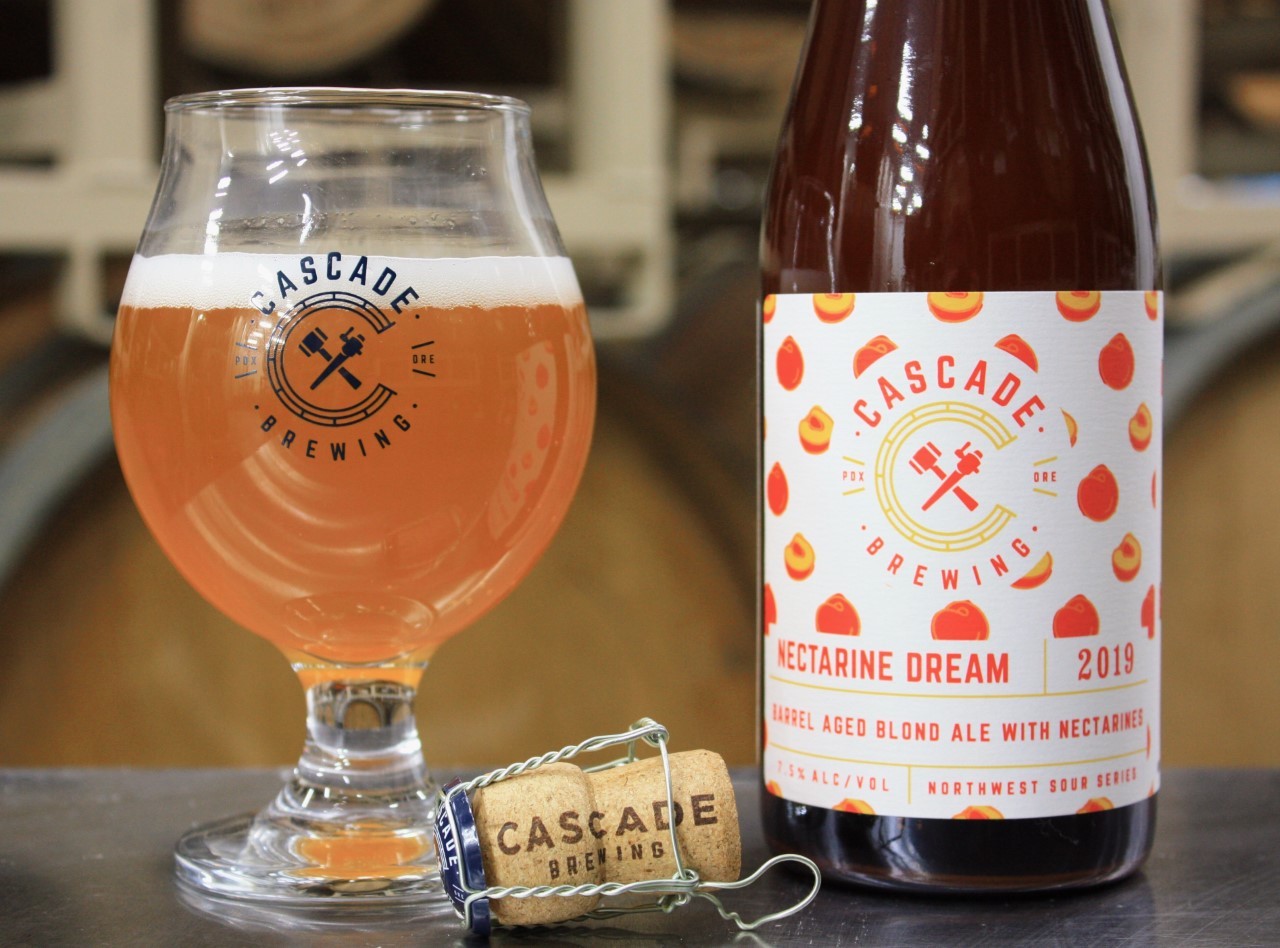 Nectarine Dream 2019 is a blend of sour blond ales aged in oak barrels and foudres for up to 18 months, then naturally fermented with fresh, Northwest grown nectarines and aged on the fruit for an additional five months. Cascade hand processes each piece of fruit to ensure full ripeness before adding it to the tank and employing traditional wine making techniques that help capture the purest expression of the nectarine as well as the time and place in which it was grown.

Nectarine Dream 2019 will release on Friday, July 10, at the Cascade Brewing Barrel House at 939 SE Belmont St.; the Lodge at Cascade Brewing at 7424 SW Beaverton Hillsdale Hwy. and at CascadeBrewing.shop for local pickup only. It will also be made available through Cascade Brewing’s distribution network. This marks the first time the project has ever been packaged.

As an ode to the rambunctious brambles that pervade the Pacific Northwest, Native Bramble 2019 features sour blond ale aged in oak puncheons for up to two years with fresh, Northwest-grown raspberries and fermented with Brettanomyces yeast. This limited, draft-only project showcases the brilliant acidity of raspberry fruit followed by subtle Brettanomyces flavors including tropical fruit and citrus notes. Native Bramble will release on Friday, July 24, at both Portland pubs, through its online store for local pickup, and through limited distribution.

About Cascade Brewing
Founded in Portland, Oregon in 1998, Cascade Brewing has been a pioneer in the sour beer renaissance since 2006 and the proud innovator of the Northwest Sour Ale. Its distinctive sour beer blends feature fruit-forward, barrel-aged ales with an emphasis on project year-to-year variation. These beers offer a complex array of flavors derived from the acid, the fruit and the residual flavors present in the barrels in which they age. The resulting beers offer a complex array of flavors and aromas derived from each project year release capturing the unique subtleties of that year’s growing season. Cascade Brewing’s beers are collected by sour fans and connoisseurs around the world.