(Cape May, NJ) – Cape May Brewing Company, the Jersey Shore’s premier local brewery, is excited to announce an upcoming collaboration with one of the region’s leading breweries. CMBC is partnering with Weyerbacher Brewery of Easton, PA, to develop an India Pale Lager, Paradise 160, in draft release on May 19th. 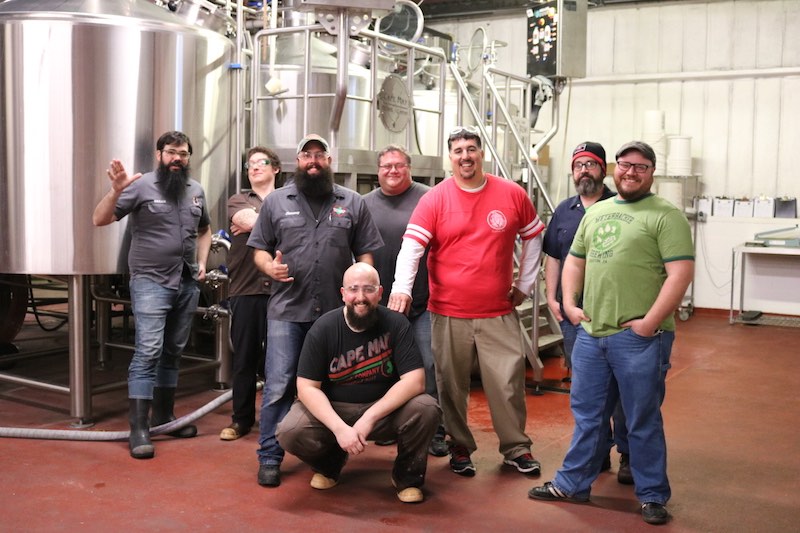 “As we move into our sixth year, this is a really exciting time for us,” says CMBC co-owner and president Ryan Krill. “Partnering on our first collaboration with such a well-established brewery as Weyerbacher means that we’ll be able to gain some of their knowledge of the brewing process and they’ll benefit from our innovation and dedication to variety.

Weyerbacher Brewing was founded in 1995 in a livery stable in downtown Easton, PA. They soon determined that their place in the market involved brewing “big beers” that would set them apart from the others. Well-known for beers such as Blithering Idiot, Last Chance IPA, and Merry Monks, Weyerbacher has made a name for themselves by pushing the envelope of taste experience.

“When New Jersey’s craft beer scene comes to mind and in conversation, CMBC is always one of the few breweries mentioned,” says Weyerbacher’s Director of New Jersey Sales, Mike Miles. “Not only due to the fact that the beer from CMBC is amazingly palatable, but in some parts of the state they’re hard to come by. Weyerbacher wanted to do their part by not only aligning and partnering itself with a local craft brewery synonymous for making great brew but also helping to get beer in the hands and on the palates of fans of both breweries.”

Paradise 160 is a high-octane India Pale Lager inspired by the fact that 160 miles separate Cape May, NJ, from Easton, PA. The two brewing powerhouses have taken that basic style and dry-hopped it with two particularly exotic hops varieties: Wakatu from New Zealand and Hallertau Blanc from Germany.

A slight departure from typical collaboration brewing, the two breweries are participating in a “hops swap”. After sharing their hops contract for the year, the two companies determined that the flavors of white wine and fruit from the Hallertau Blanc at Cape May will play well with with the floral and lime flavors from the Wakatu in Weyerbacher’s inventory.

“This added twist also makes it more exciting for the brewers,” says Cape May Brewing Company’s Head Brewer, Brian Hink, “as we get the chance to experiment with some hops varieties that we might normally not be able to get our hands on.”

“Weyerbacher loves Jersey and when we think craft beer in Jersey we always think of Cape May Brewery,” says Weyerbacher Chief Operating Officer, Joshua Lampe. “We pride ourselves on quality and creativity and immediately thought of CMBC when looking for those same traits. Plus we get the added benefit of coming to Cape May to brew and for the release!”

“It’s always exciting visiting breweries,” says Cape May’s Director of Brewing Operations, Jimmy Valm, regarding CMBC’s trip to Weyerbacher, “but getting an in-depth trip like this where you get to see the real inner workings of a place by spending a day there, is even more so.

“This industry is full of so many passionate people who all love craft beer, we have this instant connection. Collaborations like this give us the opportunity to not only make some stellar beer but to make new friends, too! It’s one of the reasons I love what I do.”

Cape May Brewing Company will be debuting Paradise 160 at Chickie’s and Pete’s in Egg Harbor Township on May 18th, during the height of American Craft Beer Week — the week-long, nationwide celebration of small and independent craft brewers. Representatives from both CMBC and Weyerbacher will be in attendance, and revelers will be afforded the chance to sample the beer and meet the brewers. The following day, May 19th, both CMBC and Weyerbacher will be hosting release parties — one at CMBC’s Tasting Room at 1288 Hornet Road in Cape May, and the other at Weyerbacher’s Tap Room at 905 Line Street in Easton, PA.