Cape May Brewing Is a Contender for Manufacturer of the Year

(Cape May, N.J.) – Cape May Brewing Company, one of the top manufacturers of craft beer in the state of New Jersey, has been announced as a finalist in the Manufacturer of the Year (Start-Up/ Young Manufacturing Company) category for the 2016 New Jersey Manufacturing Awards. The winner will be announced at the annual “Made in New Jersey” event in celebration of the fifth annual National Manufacturing Day. The event will occur on Friday, October 7th at The Palace at Somerset Park at 333 Davidson Avenue, Somerset, NJ 08873. 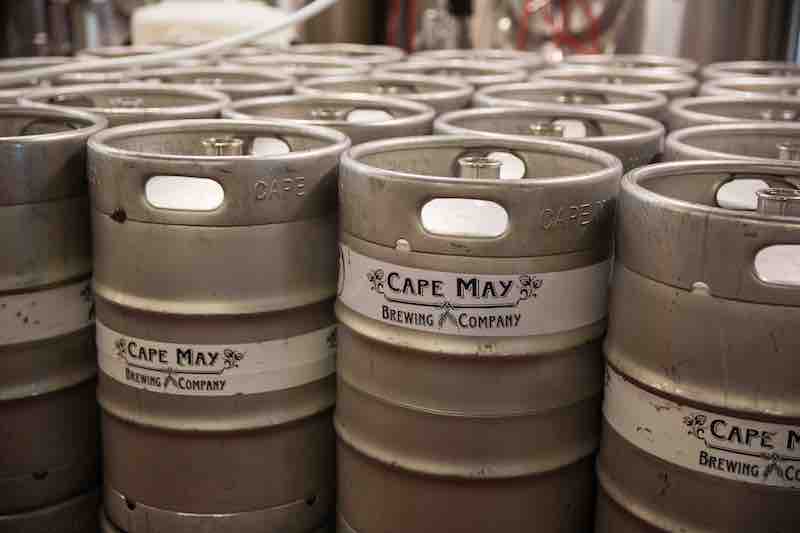 The annual celebration will be held from 7:30am to 2:00pm and include a continental breakfast and lunch,networking opportunities, keynote speeches, and breakout sessions on important topics to manufacturers including business development and marketing, contingency and emergency planning, continuous improvement, innovation and growth, recruiting, workforce development, and more.

During the ceremony, the winners of the 2016 New Jersey Manufacturing Awards will be announced in the following categories:

“It’s great to be one of the finalists,” says President and Co-Owner Ryan Krill. “We love it when our beer wins awards, but there’s something special when we’re nominated as a company rather than our product. It means that we do more than just make great beer — it’s not just the brewers. It’s everyone at Cape May Brew Co. from the drivers to the Beertenders who work so hard to make this company great.”

The “Made in New Jersey” event is organized by the New Jersey Manufacturing Extension Program, Inc. (NJMEP). NJMEP is a not-for-profit that enhances the competitiveness of New Jersey’s manufacturers through programs and services that increase profitability, efficiency and productivity.

Platinum level sponsors for the event include CohnReznick as the Awards Sponsor, Transportation Insight as a Special Session Sponsor, Crowe Horwath as the Centerpiece Sponsor, and The Knotts Company as a Demo Sponsor. NJBIA and New Jersey Business Magazine will serve as the event’s partners. To view all of the sponsors and partners for the event, click here.

For more information about Cape May Brewing Company, their beers, or for tours and tastings, see www.capemaybrewery.com, or call (609) 849-9933.

For more information about the Made in New Jersey event in celebration of the fifth annual National Manufacturing Day, please click here or contact Lynore DeSantis at [email protected] or 973-998-9801.

About Cape May Brewing Company: Once upon a time, twenty-something Ryan Krill earned a six-figure salary working in finance and real estate development in Manhattan, while his college roommate, Chris Henke, designed satellites. During a summer weekend at the Jersey shore, they brewed a batch of beer with Ryan’s dad that wasn’t half bad. “Should we open a brewery?” Ryan asked, only half-serious. But, by the following year, the three guys had secured a space at Cape May Airport where they concocted a makeshift brew system and honed their beer-making skills. In 2011, they started with one client. Today, there are hundreds of accounts in Jersey and Pennsylvania proudly serving the guys’ award-winning recipes. And CMBC’s fearless leaders have never looked back.

NJMEP is a not-for-profit 501(c)3 organization affiliated with The National Institute of Standards and Technology’s (NIST) Hollings Manufacturing Extension Partnership (MEP), a network of nearly 60 MEP centers across the U.S. and Puerto Rico. To learn more about NJMEP visit www.njmep.org or call (973) 998-9801