(Cape May, NJ) — Cape May Brewing Company is pleased to announce the packaging of one of their most popular beers — Corrosion Sour IPA — in 16-ounce cans for release to the public on March 15th from their Tasting Room at 1288 Hornet Road in the Cape May Airport. 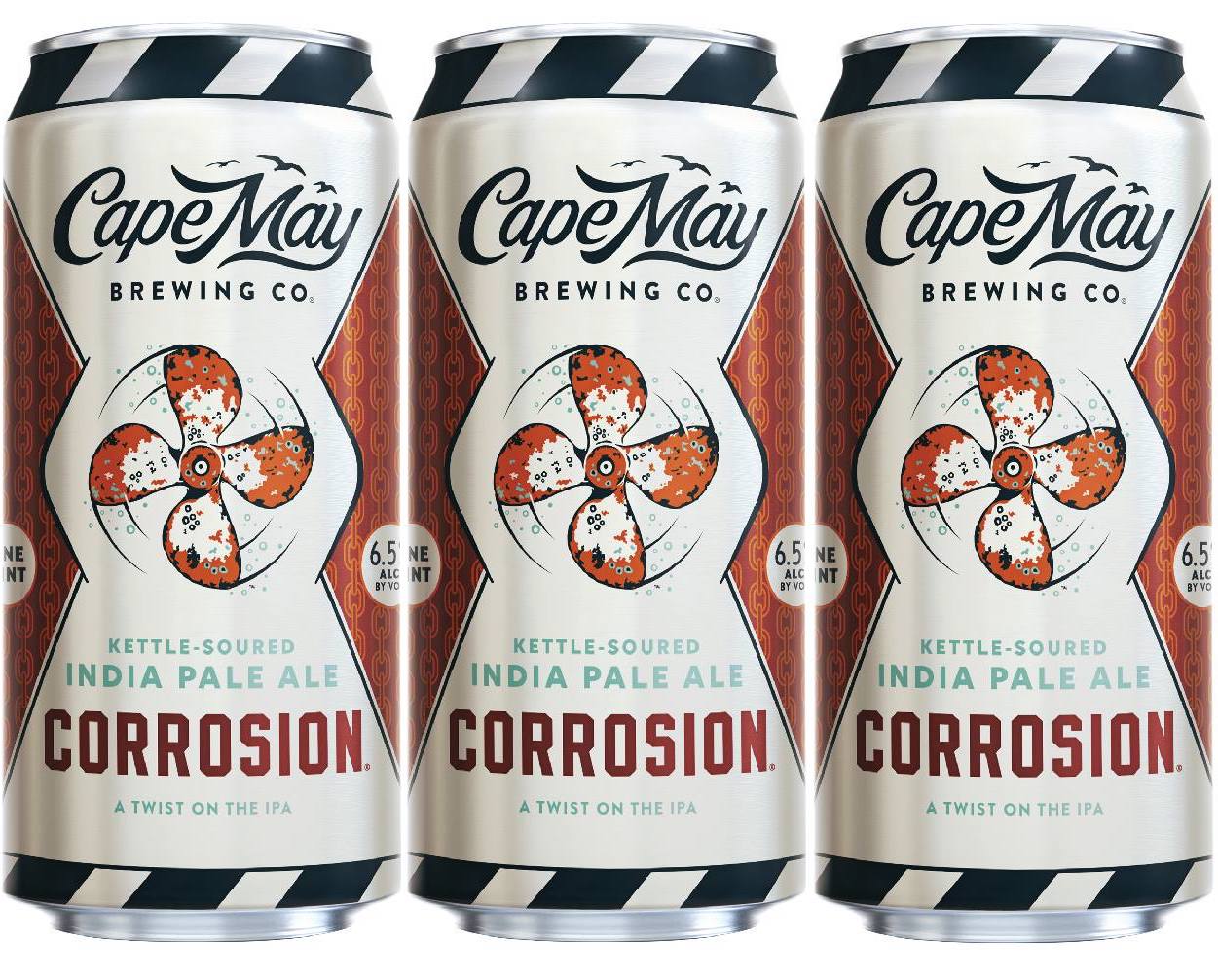 “Corrosion has always been one of our fans’ favorites,” says CEO and co-founder Ryan Krill, “so it only made sense to offer it in 16-ounce cans. The balance between hops and sour is not something you’ll find in any other beer on the market, so we wanted to make sure that our fans had more chances to enjoy this unique brew.”

Opening with massive aromas of fresh citrus and tropical fruits, Corrosion hits with a firm hop presence accentuated by an upfront acidity. Kettle-soured before finishing as an IPA, Corrosion is uniquely balanced between the world of sours and the world of hops.

Cape May first released Corrosion as a draft-only offering in December of 2014. Inspired by a blend of two of their previous offerings — Tower 23, a kettle-soured Berliner Weisse, and their flagship Double IPA, Coastal Evacuation — the beer has since taken on a life of its own, becoming one of CMBC’s most-anticipated brews.

Billed as “a beer geek’s dream beer,” Sour IPAs were practically non-existent in 2014 and they’re not very prominent now.

Corrosion was one of the first Sour IPAs that Director of Brewing Operations Jimmy Valm had encountered.

“Corrosion was the first beer that I’d found the combination of tart sourness and big hop character in one beer,” he says. “It was one of those moments where I said, ‘Wow! I didn’t know beer could taste like this!’ I love sours and IPAs, so I was hooked right from the start.”

Corrosion is truly a one-of-a-kind brew, with a bright tartness up front and a subtle bitterness in the background.

“It’s a very lively beer,” says Hink. “It really dances around your palate.”

“I love the balance,” he says. “It’s not too bitter, not too sour, but not a crazy hop-bomb — all of these aspects come together in a harmonious blend. Corrosion is one of my favorite beers we’ve ever produced, it’s so refreshing and perfectly balanced between the tart, the bitterness, and the hoppy goodness.”

Corrosion releases at noon on Thursday, March 15th from the Cape May Brewing Company Tasting Room at 1288 Hornet Road in the Cape May Airport, and will be distributed to better bars, restaurants, and liquor stores throughout the New Jersey and Pennsylvania area.