(Cape May, NJ) — Cape May Brewing Company is continuing their Holiday tradition with another release of last year’s immensely successful Boughs of Barley. This year, Boughs of Barley 2017 is a barrel-aged Abbey-style Belgian Dark Ale, aged for several months in Cognac and Kentucky Bourbon barrels. The perfect addition to any Holiday celebration, Boughs of Barley 2017 releases on Thanksgiving Eve, November 22, at their Tasting Room at 1288 Hornet Rd. in the Cape May Airport. 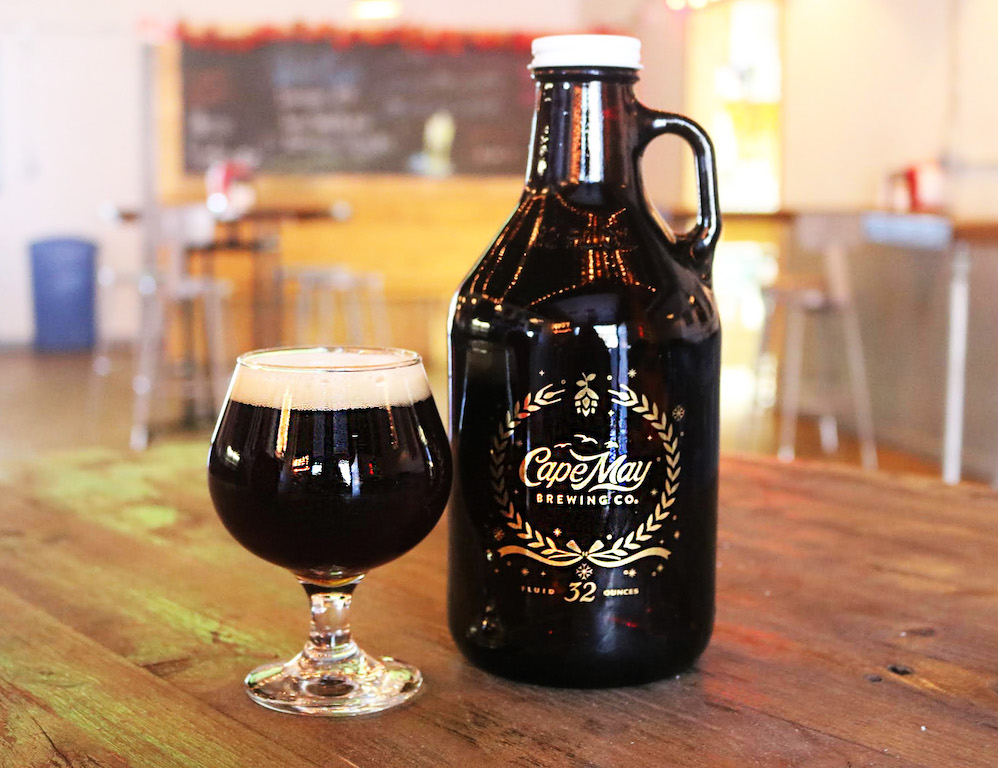 “We started on this project in September of 2016,” says CMBC co-founder and CEO, Ryan Krill, “brewing a Belgian Dark that’s immensely drinkable in its own right. But we brewed it with the intention of letting it barrel age for a few months, with the result being the perfect winter brew for the Holiday season.”

The base beer has a touch of Belgian candi syrup and orange peel, specifically chosen to complement the flavors the barrels would impart. The result is a complex brew with a remarkable depth of character and delightful interplay of aroma, mouthfeel, and balance.

The dark Belgian candi syrup imparts flavors of plums, grapes, some toffee, and a hint of dark, almost burnt, caramel. This is balanced in the base brew by a helping of orange peel, bringing a holiday harmony to this brew.

Fermented at a relatively high temperature with Cape May Brewing Co’s French Saison yeast strain, the hearty flavors of the candi syrup are balanced with notes of apricots, cloves, and a slightly floweriness from the yeast, giving the base brew a super-dry mouthfeel.

While this beer would stand well on its own, it was always meant to be barrel-aged. However, when it came time to barrel the beer, Cape May’s brewers couldn’t decide which barrels to use, so they used both Cognac and Kentucky Bourbon barrels.

“One version of a beer is great,” says Head Brewer Brian Hink, “but you know what’s even better? Two versions!”

Holiday revelers will have two different versions to spice up their holiday cheer, giving them the chance to add some comparative tasting to their Holiday plans.

“Using two types of barrels really showcases the barrel-aging process in its own right,” says Director of Brewing Operations Jimmy Valm. “This way, people can buy the same beer, aged in different ways, and see how that affected the flavor. It makes for a fun tasting session, especially if the beers are at almost 11% ABV!”

The difference between the two beers is quite noticeable. The brewery didn’t really know what to expect until both beers were well underway in their barrel-aging lifecycle.

“I figured — and hoped! — there would be a noticeable difference between the two,” Hink says, “and much to my enjoyment they’re really rather different!”

Both have sweeter characteristics, but the cognac has a velvety smoothness on the mouthfeel. The bourbon variant has more vanilla and toffee, while the cognac brings more prunes and a sherry-like quality.

“They both also get a nice woodsiness,” Valm says, “but since Bourbon barrels are charred, they tend to have a bit of a charcoal-like woodsiness; the Cognac barrels, on the other hand, have uncharred staves, so the woodsiness there is more crisp and like fresh cut wood. The Cognac-aged variant is also smoother while the Bourbon-aged one has a bit of that alcohol heat to it.”

This year, Boughs of Barley is being sold on draft in a commemorative 32-ounce Holiday 2017 growler. Embossed in gold leaf with a Winter Holiday theme and CMBC’s stellar new logo, this will be a keepsake of the Holiday season, perfect for the discriminating beer lover on your gift list.

Boughs of Barley 2017 releases from CMBC’s Tasting Room and Brewtique at 1288 Hornet Road in the Cape May Airport at noon on Wednesday, November 22. A filled 32-ounce growler sells for $25, two for $45.