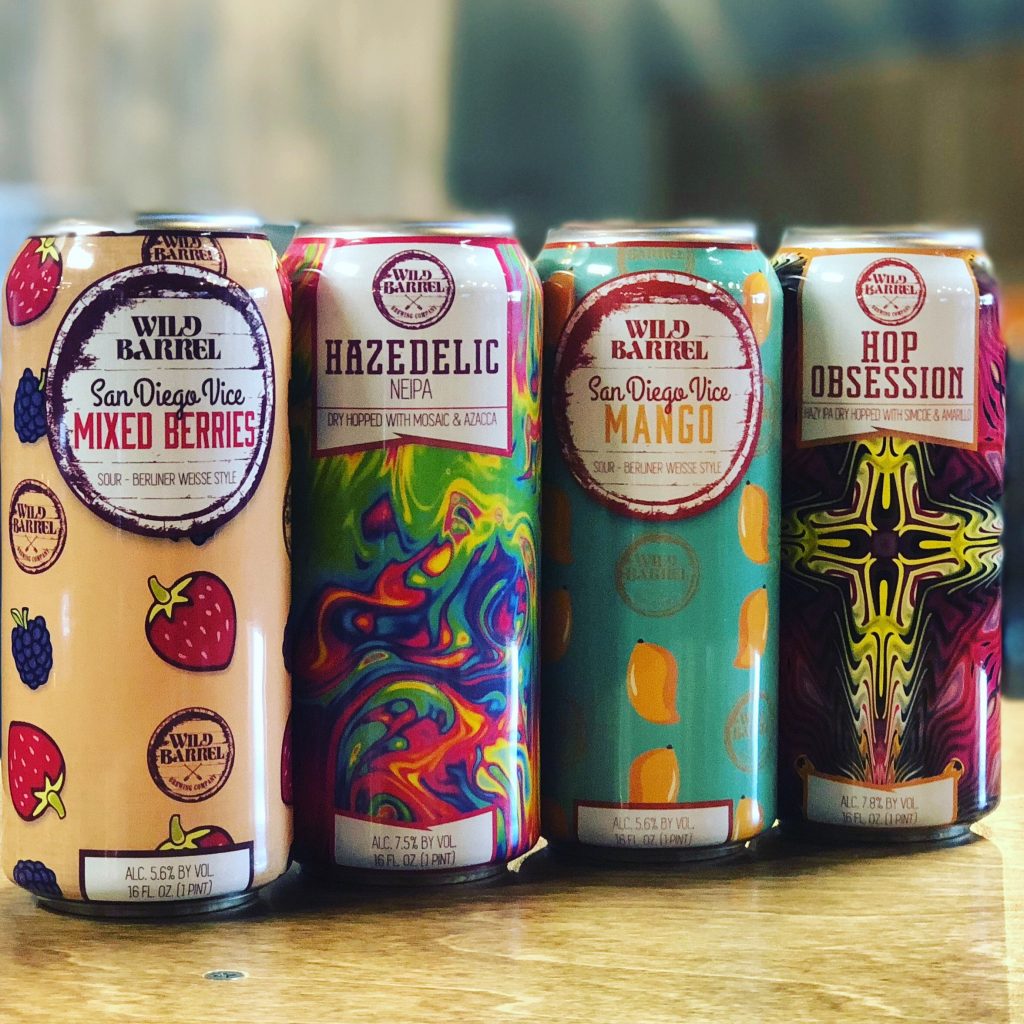 We are back with the latest edition of Can Release Daily. Every day, around the world, small breweries are offering some of the freshest, most innovative beers right out of their tasting rooms. With so many breweries releasing so many brightly labeled beers, it’s hard to keep track of it all. Because we love centralized info, we decided to bring you the latest releases in this post. Check out can releases from Temescal, RAR Brewing, Grimm Ales, Mraz Brewing, Braxton Brew Co, Arizona Wilderness, Pipeworks, Mikerphone, Burial Beer, Mast Landing, Idle Hands Beer and Burgeon Beer.

It’s here y’all: Coasts Collide, our first *triple* IPA brewed in collaboration with East Coast-based @hopculturemag! 🥳⠀ ⠀ For our first foray into triple IPA territory, we slammed together Nelson and Strata hops in what some are calling the biggest collision since Higgs Boson. The result: a hyper-tropical hop bomb which, coming in at 10%, is by far our best higher ABV hoppy beer to date 💯⠀ ⠀ Coasts Collide, available on draft and in cans when our taproom opens today, will be pouring at @hopculturemag ’s Juicy Brews Westfest this weekend at Drakes Dealership in Oakland and we can’t wait.⠀Don’t forget—alongside Coasts Collide, we also have Mosaic Single Hop Hazy IPA and New Feeling our Hazy IPA releasing TODAY!

Our bone-dry Brut IPA is back in time for the Spring to pair with your weekend BBQ. We’ll be releasing this classic Marz brew tomorrow! Marz Dry is a Brut IPA @ 6.5% ABV This is a Brut IPA. No, that doesn’t mean it’s made with leftover Champagne from your New Years party, or your Dad’s favorite cologne. This means that we brewed a beer whose fermentation was designed to have every scrap of sugar in the wort eaten by the yeast and converted to beer. And the triple-aught final gravity means there’s as much left over sugar in this brew as a glass of water. Which is to say that this beer delivers on massive tropical fruit flavors from the dry hopping of Idaho 7 and El Dorado while leaving your palette clean and clear after each sip. It’s not the pretzels that are making you thirsty, its the Dry IPA–which, thank god there’s still some left in your glass so you can take another sip. And if not, looks like you’ll just have to get another! #brutipa #dryipa

Fresh out of the oven. 🥧 Braxton Labs Peach Cobbler Berliner Weisse uses additions of lactose in the boil, plus vanilla beans, graham crackers, cinnamon and 420 lbs of peach to bake together a combination of flavors to mimic a fresh peach cobbler. Peach Cobbler Berliner hits taps and cans at labs Friday! Hit the links in our bio to pre-order your 4-pack and learn more about the beer! #BraxtonLabs #Berliner Weisse

🦄NvU can The Haze🦄 it’s Ninja vs Unicorn but with more juicyhoppy™️ and its back! Last time we underestimated the thirst – so had to bring this one back sooner than later. Available in The Dojo in Friday.

The snow has melted. It’s time to think of sunny days. And do we ever have the perfect beer for that! LA CUCALAGA is our Mexican Lager with Lime Peel. At 5% ABV, this is the perfect crusher. We will be releasing this beer tomorrow. On draft and in 16 ounce can 4-packs to go. $11.99 per 4-pack. #lacucalaga

Spring brings fresh blood. __ It’s a fuel as hot as hell. It pulses through our veins with a furious thirst for expedition. And so, a penchant for connectivity grows. __ Our friends from the west, @beardediris, have begun to wander back into the clutches of Asheville. Relationships matter to us. They are rich with brooding brotherhood and palpable knowledge sharing. These Nashville dudes get it. __ We’ve boisterously celebrated over the corpse of Winter, slanging Burial cans among their taproom, contemplating lager at @cryingwolfbar , digesting cocktails at @bastionnashville , and even diving deeply into pie and wine at @goodasfolk . Now they returned to our turf. And a new idea was hatched. __ Difficulties in Comprehension. A DIPA inspired by the zest and bright white light of new beginnings. Made with Spring barley and lactose and double dry-hopped with the bright spectacle of Motueka and Kohatu hops and gobs of Citra cryo powder. __ Cans available in Asheville and Raleigh taprooms only on 4/19. No distro. We will also pour two special Difficulties Variations as well, draft only. Limoncello Difficulties: Aged on lemon, lemon peel, and vanilla bean. Orange Oolong Difficulties: Aged on bold Oolong tea and oranges. __ #burial #burialbeer #difficultiesincomprehension #DIPA #raleigh #asheville #828isgreat

The 2nd anniversary beer we’ll release on 4/27 is ANNIVERSARY CAKE; a 12% imperial pastry stout brewed with chocolate, vanilla, lactose, and raspberries! We’ll have Anniversary Cake and Green To Green To Green triple dry hopped DIPA cans/pours available during our 3rd anniversary party at the brewery in Westbrook.

Tomorrow at 3pm we release our newest Double IPA Splitter, here is @beergeekbrett talking about Splitter in this week’s #brewersspotlight: # “This big beer is hit with heavy amounts of Cashmere, Simcoe and Apollo. When used the right way, these three together can deliver massive aromas of ripe melon, mango and papaya with a matching flavor profile and a resinously sticky finish leaving those delicious hop flavors to linger on the palate until that next sip brings it all back again.” # Read the full spotlight by clicking the link in our profile