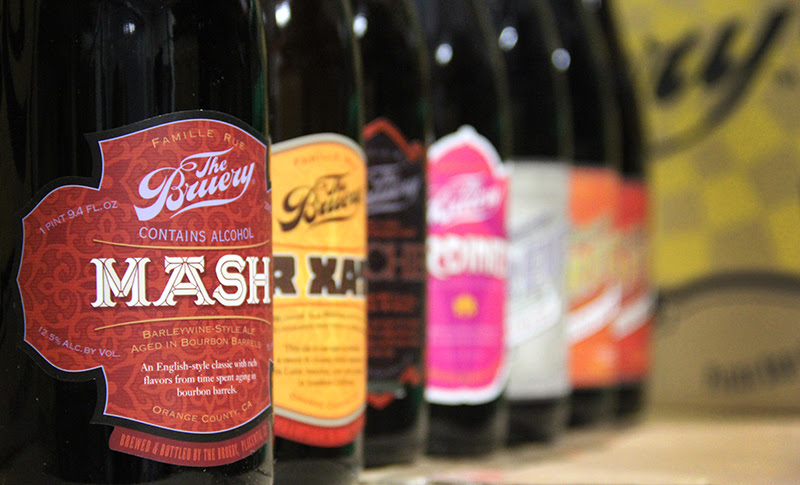 Partnering with Flood Distribution, Flood understands the Texan craft beer market and what is important for The Bruery being the best representative in Texas. Bringing 2-3 new beers every 2-3 months, seasonal, bourbon barrel aged, sour beers and random beers will now be available throughout the city of Houston. Not representing a large portfolio but focusing on small craft beers, Flood Distribution provides the highest quality of craft beverages available to Texans.

To kick-off the exciting launch of this eastward expansion, there will be a series of events taking place around the city for their Lone star beer tour! Texas fans can enjoy sipping on frothy libations and these specialty beers at the following events:

Starting this week, Monday, September 26, these barrel-aged beers will be available at The Flying Saucer in Houston and Sugarland at 6pm.

On Tuesday, September 27, beers will be available at Nobi Public House at 4:30pm-6:30pm and then at Liberty Station from 7pm-9pm.

On Wednesday, September 28, Axelrad Beer Garden will be pouring from 4:30pm-6pm and then at Hay Merchant from 6pm-8pm.

On Thursday, September 29 there will be light-rail beer crawl starting at Mongoose vs Cobra from 5:30pm – 7:30pm, ending at the underground beer hall and garden, Conservatory from 7:30pm- 9:30pm.

Fellow brewers, industry folks, and beer enthusiasts are all invited to join The Bruery and Bruery Terreux for the first sampling of the latest beers recently release including but not limited to:

Come one and come all, but definitely come thirsty as these limited allocations and wildly traditional bière™ will be available for the first time ever in Houston, Texas.

ABOUT THE THE BRUERY & BRUERY TERREUX
The Bruery was founded in 2008 by Patrick Rue, now a Master Cicerone®, after he found homebrewing to be of greater interest than a career in law. Innovation has driven The Bruery to create one-of-a-kind barrel-aged, sour, and experimental beers since its inception. In 2015, The Bruery moved its sour beer production to the Bruery Terreux co-brand based in Anaheim, while The Bruery continues to craft non sour and spirit-barrel aged beers at its original site in Placentia. Rue’s award-winning beers range from high-ABV spirit barrel-aged specialties, like their coveted Black Tuesday®, to light and sessionable homages to historical styles, such as Hottenroth® Berliner Weisse.
www.thebruery.com | www.brueryterreux.com
Instagram: @thebruery | @brueryterreux