(Bronx, NY) – The brewery maniacally focused on doing one thing, and one thing right, announced the release of Bronx Banner, a golden easy ale. Like any banner, it’s a statement about who The Bronx Brewery is, what they represent and the borough where they brew their beer – the borough on top. 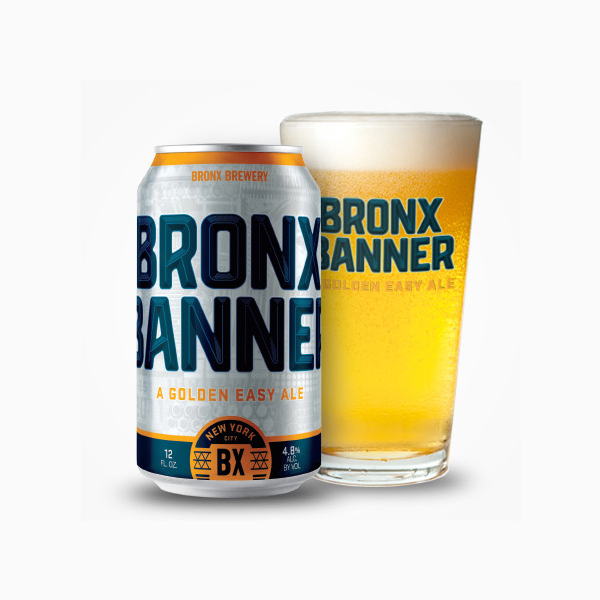 A locally-made and easy-drinking craft beer, Bronx Banner is a Kolsch-inspired ale that is brewed using Belgian pilsner and American wheat malts as well as classic Bavarian hops. Brilliantly clear-filtered, soft and perfectly balanced, the beer will be available in 8 and 15-pack cases as well as on draft lines.

A beer inspired by The Bronx, and the people within it who make stuff happen and appreciate a great taste without fluffy pretense, proceeds from Bronx Banner Ale also directly benefit the brewery’s surrounding community. 5% of proceeds of every case sold will be donated to the New York Restoration Project, a non-profit organization that makes amazing stuff happen by transforming open space in under-sourced communities for a greener, more sustainable New York City. NYRP’s latest undertaking is The Haven Project, which brings their focus along with support from The Bronx Brewery, specifically to The South Bronx. Learn more at http://nyrp.org/havenproject

ABOUT THE BRONX BREWERY
Founded on the philosophy of “doing one thing and doing it right”, in reference to their maniacal focus on pushing the boundaries of what a pale ale can be, The Bronx Brewery aims to bring the long tradition of brewing back to the borough once known for it. Craft beer with Bronx-style attitude, Delivered From Above. With the goal in mind to create the best pale ales on the East Coast, they’ve quickly gained recognition within the Northeast craft beer community and publications from The New York Times to the Wall Street Journal have covered their journey from a small startup in 2011 to their current place as one of NYC’s fastest growing craft breweries. Located at 856 East 136th Street in The Bronx, the Brewery’s Tasting Room is open seven days a week (Monday through Friday starting at 3PM and Saturday and Sunday starting at Noon).