Brew With The Pros in Twisted Pine’s Hopularity Contest 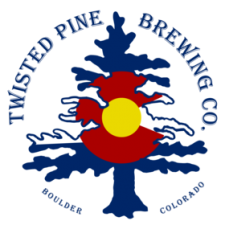 (Boulder, Colorado) – Twisted Pine Brewing Company has announced the launch of the Hopularity Contest, a homebrew competition that will award one victorious brewer with the opportunity to brew their winning recipe to production scale alongside Twisted Pine’s brewers.

Local homebrewers are encouraged to bring their favorite hop-forward beer to Twisted Pine’s ale house by December 31st for submission.  That’s right, the only style guideline is to be expressive with hops!  Entry forms are available at the brewery and can be filled out upon delivery.  Registration is limited to two beers per brewer, with two bottles required per entry.  Twisted Pine’s brewers will serve as judges for the contest and the winner will be revealed at an announcement party at the brewery on January 11th.  Under the guidance of Twisted Pine’s award-winning brewers, the grand prize winner will scale up their recipe and brew a 10 bbl batch on the brewery’s system.  The beer will then be available for a limited time at the ale house and a few other select local accounts.

Based in Boulder, Colorado, Twisted Pine Brewing Company has been hand-crafting quality ales since 1995.  In addition to such favorites as Hoppy Boy, Raspberry Wheat Ale and Billy’s Chilies, the brewery has repeatedly pushed the boundaries of style guidelines with such creations as Big Shot Espresso Stout, Northstar Imperial Porter and Ghost Face Killah.  Twisted Pine is actively involved with local charitable organizations and is a staunch advocate of sustainable business practices.  For more information, visit www.twistedpinebrewing.com.