(Portland, OR) – September is a busy month for Breakside Brewery as we roll out bottles and limited draft of the 2014 vintage of Bourbon Barrel-Aged Aztec ale and settle in for events at the brand new First National Taphouse and fine dining at Raven & Rose in Portland.

Bourbon Barrel-Aged Aztec Ale is one of Breakside’s most award-winning and signature beers with an intense balance of whiskey, chocolate and chile heat. 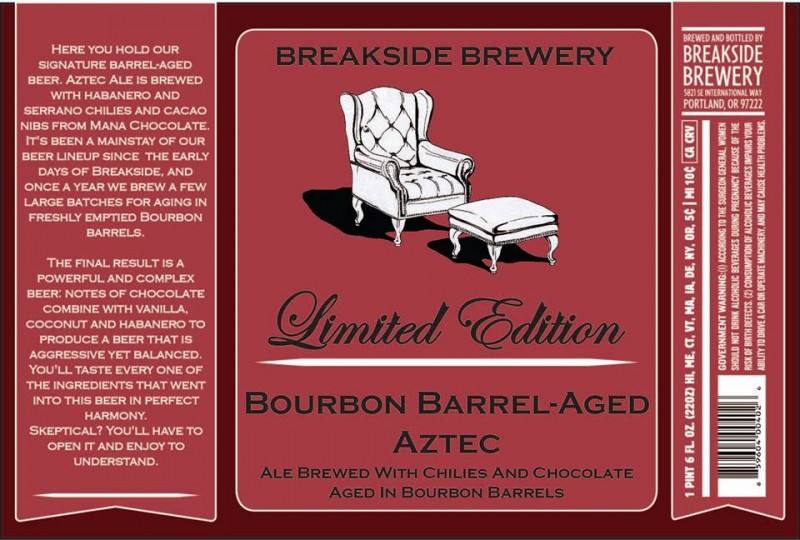 A strong amber ale made with chocolate and two types of chilies, it quickly gained a loyal following among the small brewpub’s regulars. But, what can you do to improve upon a beer that’s been named one of the top 5 beers in Oregon? A beer that’s many of Portland’s most badass chefs have named as their favorite? The simple answer…age it in whiskey barrels.

The 2014 barrel-aged version of our Aztec Ale is 10.6% ABV, 36 IBUs and delicious as hell. Notes of chocolate combine with vanilla, coconut and habanero to produce a beer that is agressive, rich and balanced. Skeptical? You’ll have to taste it to understand: this beer is about sieakside since day one.