(Portland,OR) – On Saturday July 30th, Breakside Brewery presents an illustrious new line of B-Sides, barrel-aged sour beers and wild ales that comprise a veritable mix tape of blends from vintage or unreleased beers. The initial offering is of eight new 750ml bottled beers with new labels, part of a new series the brewery has been working on for 2+ years. 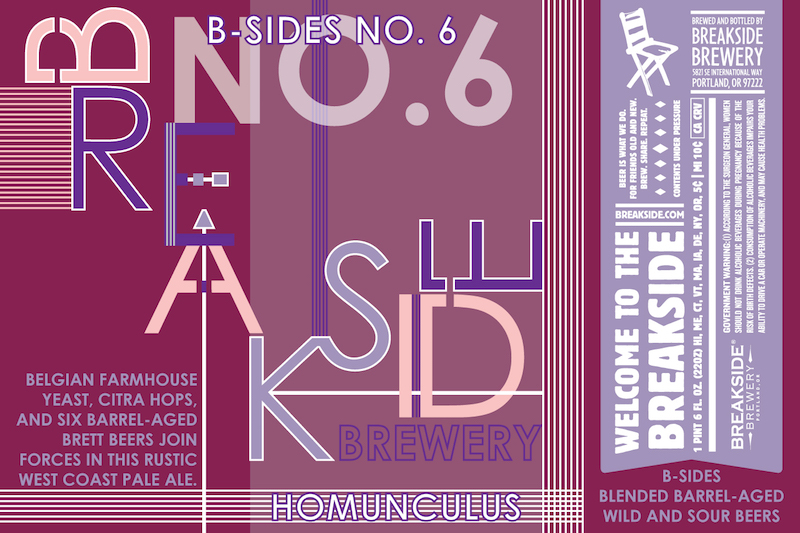 “All of these are “blended” beers,” comments Breakside’s Brewmaster Ben Edmunds. “That is, we approached this series in the winemaking tradition of creating certain cuvees. Pairing and blending barrels that worked together to create harmonious and balanced different beers. Most of these beers did not start as ideas in and of themselves– the ideas came to us through the blending process. Annus Mirabilis and The Man Who Made Dessert are the two that are a little more “project” based.” 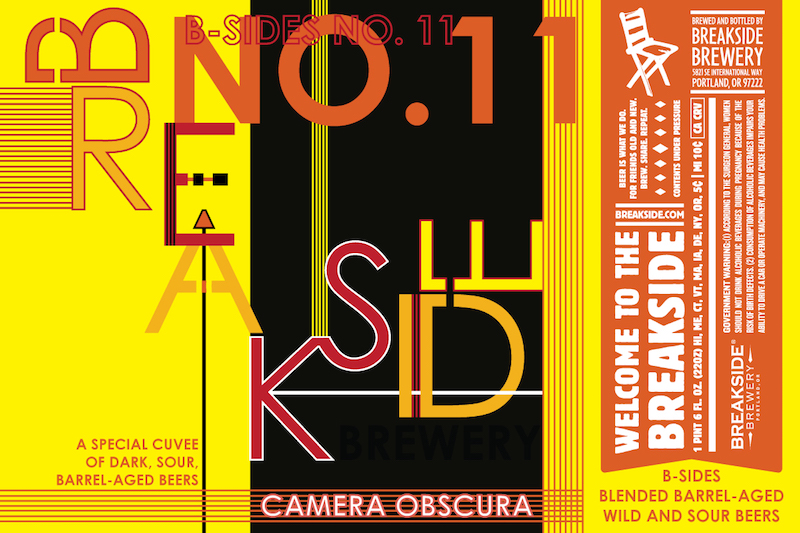 Breakside will debut the new B-Sides series at a limited ticketed party at the Milwaukie Taproom and Brewery on Saturday, July 30th. For this special party, Breakside will be offering 750ml bottles for a discounted $14 with a one-time chance to try all eight on tap, along with a selection of rare beers from the library on sale in bottles and on tap. Any remaining bottles of B-Sides will be sold exclusively at Breakside’s two locations for $15 a bottle from then on. We repeat: this will be the only chance to try them all on tap.

A $15 entrance ticket to the B-Sides launch party includes a script of 8 tickets for 5 oz pours of any of the special draft offerings for the evening. Additional tickets for draft beer will be $2/5 oz and can be purchased on site. All bottle sales are first come, first served.

Here is the full draft and bottle lineup for the evening:

Breakside Brewery opened in 2010 in the Woodlawn neighborhood of Northeast Portland as a restaurant and pub brewery The brewery gained attention early on for its innovative, experimental and diverse beers, while also winning a first medal at the Great American Beer Festival in 2011. In 2013, Breakside expanded operations to Milwaukie, OR with a 30 bbl production brewery filled with 30, 60 and 120 barrel tanks, barrel rooms for wild and non-wild/sour fermentations, and a 24-tap tasting room.

In 2014 Breakside was awarded with the highly coveted Gold Medal for American-Style IPA at the Great American Beer Festival for their flagship IPA, which was also named to Men’s Journal’s 100 Best Beers In The World and the best beer in Oregon by The Oregonian. Breakside is also known for their portfolio of barrel-aged and sour beers like Bourbon Barrel-Aged Aztec, a strong amber ale with chocolate and chilies, that won Bronze at both Chicago’s Festival of Barrel-Aged Beers and Best of Craft Beer Awards, and Passionfruit Sour a fruited berliner-weisse style beer that earned a Bronze
at the 2013 Great American Beer festival
In 2016, Breakside plans to open a new brewpub in Northwest Portland’s Slabtown neighborhood.