(Newport, KY) Braxton Labs is a place to spark conversation, ignite innovation and celebrate the craft community. On Saturday, April 28th Braxton Labs is releasing “New England IPA: Citra” in cans. These four packs of 16 oz. cans will be available for $13.99 at the Braxton Labs’ Lupulin @ Labs event beginning at 11 am.

A very limited amount of New England IPA: Citra will also be available in cans and on draft throughout Braxton Brewing’s distribution network in Northern Kentucky, Cincinnati, Lexington, Louisville, Dayton, Nashville, and Columbus. “We couldn’t celebrate Lupulin at Labs without our own special project,” said Evan Rouse, Braxton Brewing Company Co-Founder & Chief Product Officer. “We’ve been waiting for the perfect opportunity to highlight a single hop in the New England IPA style and this celebration of hops is the right time to let Citra shine.”

Lupulin @ Labs is a celebration of hops. The event will begin at 11 am on Saturday, April 28th and feature 12 taps of hoppy Braxton beers, 20 taps featuring some of the best hoppy beers from around the industry, four Revamp IPA firkins and a few more surprises!

New England IPA: Citra cans will be released at 11 am. Customers are limited to four 4-packs per person. The beer will also be featured on draft in Braxton Labs’ Beer Garden. This hazy IPA uses pilsner, white wheat, and oats to give it a smooth, hazy base that allows the Citra hops to shine. New England IPA: Citra features strong flavors and aromas of citrus, grapefruit, lime and passion fruit. The beer checks in at 7% ABV.

“Braxton Labs has allowed us to continue to refine how we brew New England IPA’s,” said Zac Boehnke, Braxton Brewing Company Lead Innovation Brewer. “This version, brewed exclusively with Citra, is one of our best yet!” 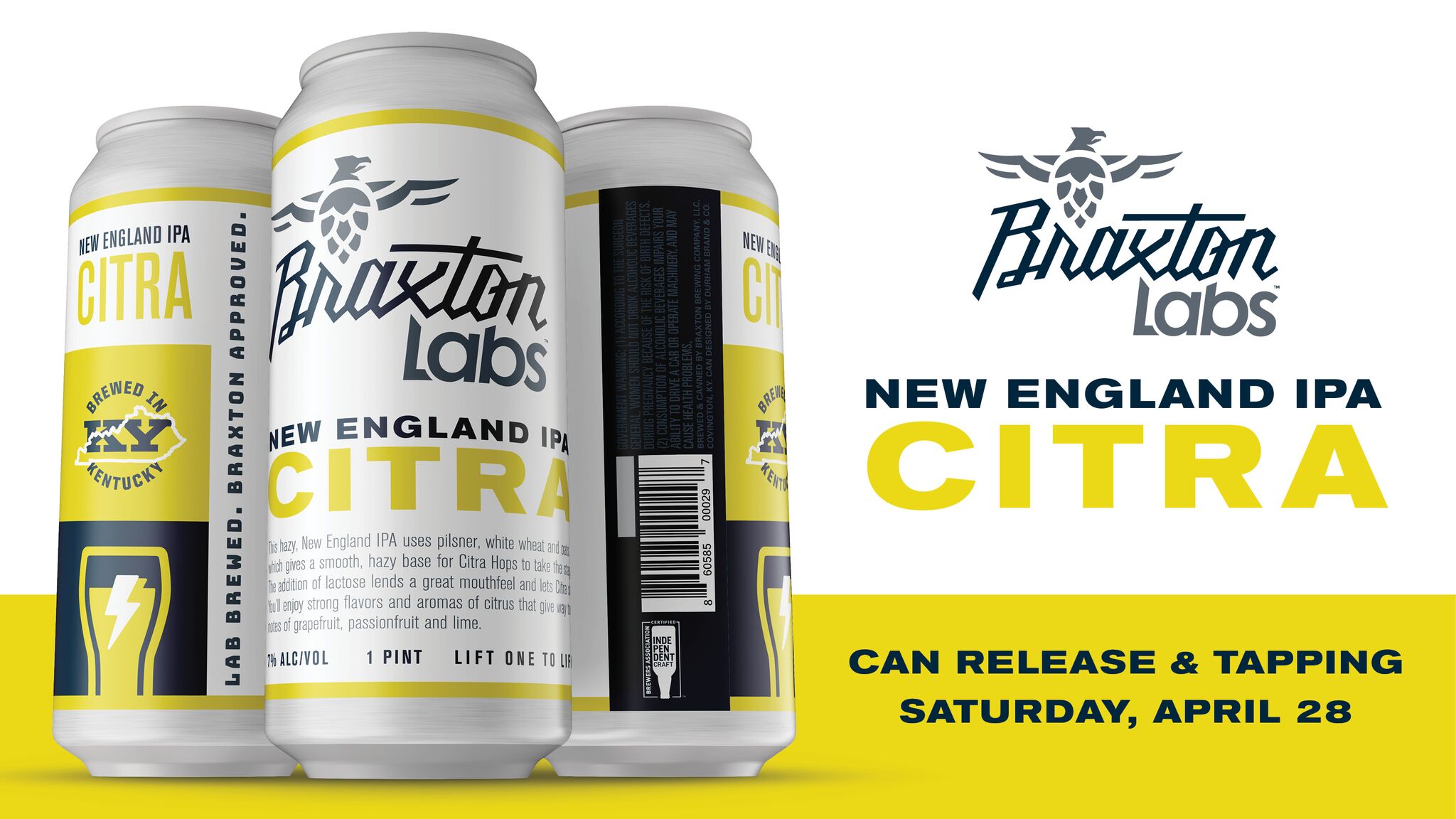