While Boulevard Brewing has offered an array of canned beer over the past few years, they have relied on the services of Cold Springs Brewing in Minnesota and at some times, Firestone Walker of Paso Robles, CA. With today’s news, Boulevard Brewing brings all of their canning in house. 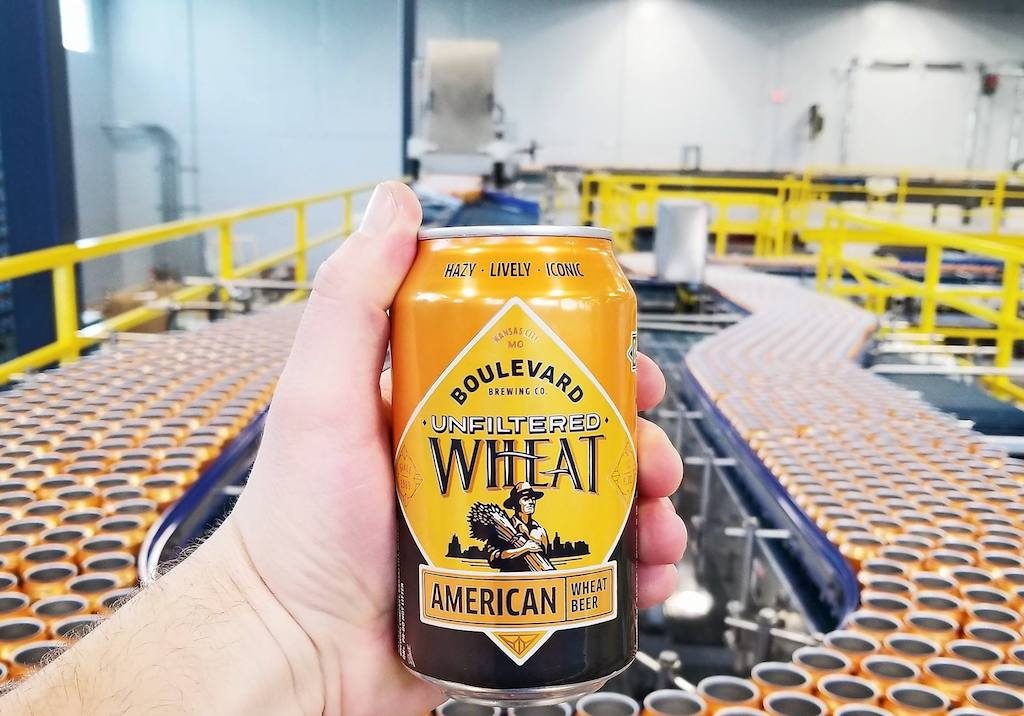 (Kansas City, MO) – Boulevard Brewing Company today announced that its long-awaited canning line has been installed and fully commissioned. The $10 million project consists of a 24,000 square foot Canning Hall adjacent to the brewery, housing a high speed line capable of filling up to 350 12-ounce cans per minute. Engineered with flexibility in mind, the line is able to produce a variety of can sizes and package configurations.

“In recent years, much of the growth in high-end beer has been in cans,” said Boulevard president Jeff Krum, noting that craft beer drinkers are attracted to the perceived environmental advantages of aluminum versus glass. “We’ve coveted a canning line for quite a while, but we were determined to take our time and do it right. Now, with this new state-of-the-art system added to our existing keg and bottle lines, we’ve got our packaging bases fully covered.”

The can line is already producing 12-packs of KC Pils and Pale Ale, the two newest additions to the portfolio. Seasonal offerings of Hibiscus Gose and Berliner Weisse will be can and draft exclusive. Other beers available in aluminum cans include Unfiltered Wheat, American Kolsch, Jam Band, Tropical Pale Ale and Ginger Lemon Radler.