(Longmont, CO) — Even in the midst of a global pandemic Coloradans just can’t get enough of Bootstrap Brewing’s handcrafted beer. The Longmont-based brewery is on track to grow barrel volume by 41 percent in 2020, up a whopping 364 percent since 2015* — and the explosion of growth is just beginning. 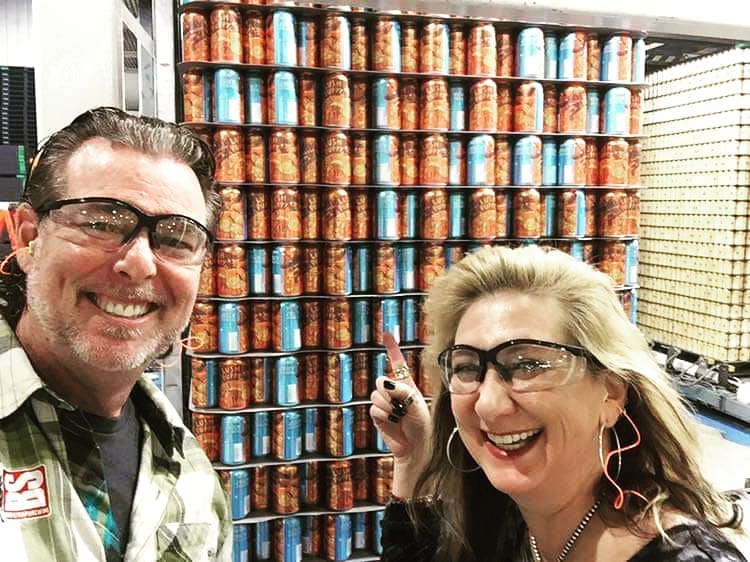 In August, Bootstrap co-owners and founders, Steve and Leslie Kaczeus, added two notable Colorado craft beer industry names to their team. Geoff Hess, former Regional Director of National Accounts at CANarchy Craft Brewery Collective, joins Bootstrap in the role of Director of Sales, and Dale Katechis comes on board as an advisor, investor and out-of-the-box thinker. Katechis, the founder of Oskar Blues Brewery, the home of the original craft beer in a can, seemed like a natural addition to guide Bootstrap into its new phase of growth.

“Bringing Dale on board was a natural fit,” said Steve Kaczeus, who in addition to co-owner, also takes on head brewer duties at Bootstrap. “He’s seen it all and brings years of industry experience, innovation, and enthusiasm. With my passion for new product design and his out-of-the-box thinking, our discussions about future products are fun, chaotic, and exciting.”

“Steve and Leslie brew just down the street in Longmont and I’ve been visiting the brewery for high quality beer and innovations over the years,” said Dale Katechis. “I dig the gritty and grassroots nature of the Bootstrap approach and have really enjoyed jumping in and getting my hands dirty on helping them jumpstart to the next level.”

Along with the addition of Hess and Katechis, Bootstrap Brewing has also made large scale investments to its 30-bbl brewhouse. The growing brewery recently added three 90-barrel fermenters, a Ska Fab depalletizer, and special equipment for experimental projects to increase efficiency and production.

“Our latest investments in the brewhouse are significant for our future growth,” said Kaczeus. “We’ve been able to increase manufacturing capacity by 50 percent, improve the speed of our canning process, buy equipment for R&D projects, and implement production software. Equally as important, we were able to beef up our lab by purchasing equipment to continue to ensure high quality, stable products.”

With new equipment and people driving Bootstrap full speed ahead, sales of the brewery’s award-winning line-up are up by 143.39 percent in the last 52 weeks**, and sales of Bootstrap’s beloved flagship — the perfectly balanced Insane Rush IPA — are up more than 13.6 percent**.

“We’ve always been under the radar and have grown organically through word of mouth,” said Kaczeus, “but now we’re ready to explode.”

Home to best selling and award winning craft beers such as Insane Rush, Lush Puppy, Stick’s Pale Ale, Chillax, and Wreak Havoc, Bootstrap Brewing is an independent, adventurous brewery in Colorado dedicated to producing a wide range of ales and lagers. More information can be found on our website at www.bootstrapbrewing.com.