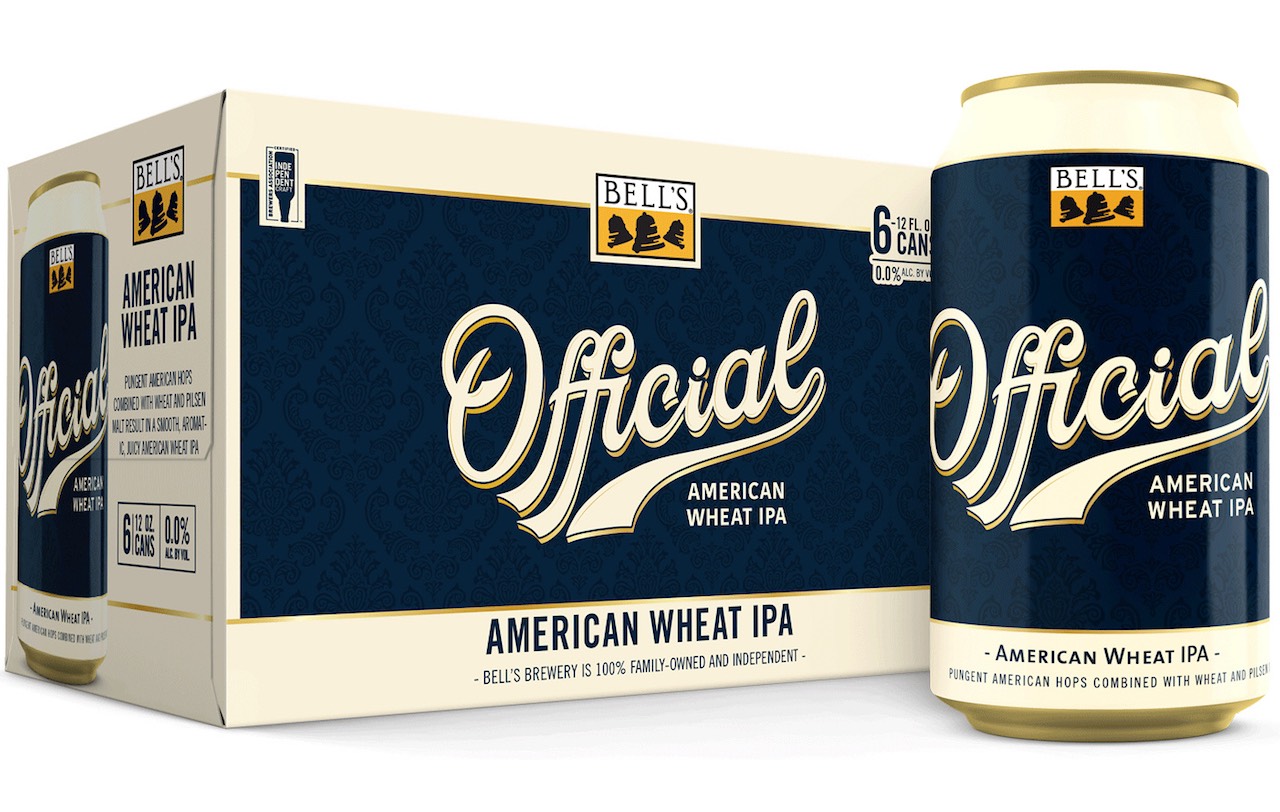 Beer fans will enjoy notes of peach, stone fruit and tropical hop characteristics with a dry finish and balanced bitterness; a refined beer for those who love hops and for those who prefer wheat beers.

“We do American IPAs really well. We also do wheat beers very well. Official brings the best of both and combines them in a way that is approachable and enjoyable no matter what you prefer,” said Larry Bell, Bell’s President and Founder.

“The name of the beer is simple, yet it makes a statement. This is our interpretation of what a hoppy wheat beer should taste like,” he said.

This is the first in a series of new beer announcements that will highlight and showcase the continued innovation that we are known for, Bell hinted.

Development of this beer began in 2017 with the limited release of Titania and later, Larry’s Latest IPA. Both inspired this new beer and helped Bell’s Innovation and Brewing Teams refine the recipe for Bell’s Official.

With an ABV of 6.4%, Official is still incredibly drinkable and like many of Bell’s other beers, unfiltered (hazy). It will be available to order across Bell’s 40-state distribution area, as well as in Washington DC and Puerto Rico.

Official will be available in 4-packs of 16 oz. cans, 6-packs (12 oz. bottles and cans) and on draught, making it Bell’s Official beer of get-togethers, the back yard, after work, nights out (and at home), the journey, a good day , hikes… you name it.

Bell’s Brewery, Inc. began in 1985 with a quest for better beer and a 15 gallon soup kettle. Since then, we’ve grown into a regional craft brewery that employs more than 500 people over a 39 state area, in addition to Puerto Rico and Washington DC. The dedication to brewing flavorful, unfiltered, quality craft beers that started in 1985 is still with us today. We currently brew over 20 beers for distribution as well as many other small batch beers that are served at our pub in Kalamazoo, the Eccentric Cafe. Our ongoing goal is to brew thoughtfully, creatively and artistically. 100% family-owned and independent, we strive to bring an authentic and pleasant experience to all of our customers through our unique ales and lagers. For more information, please visit bellsbeer.com.