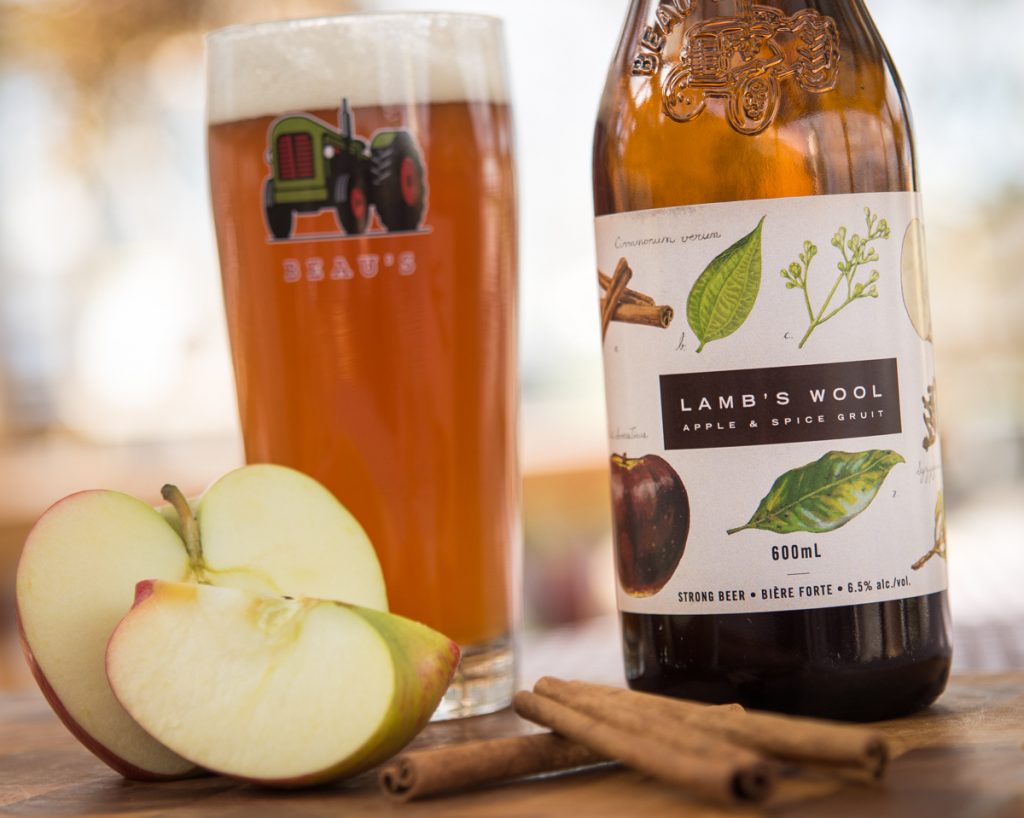 Breweries will be participating by brewing, releasing, or showcasing one (or more) of their gruit ales on February 1, while taking to social media using the hashtag #GruitDay to share their experience. Additionally, Bellwether Brewing in Washington and Brauerei Kemker in Germany will be hosting their own local Gruit Day festivities to mark the occasion, while Two Okes Brewery in South Africa will celebrate by brewing and releasing the only commercially available gruit ale in the country.

More locally, the team at Beau’s will be gathering in the brewery’s Tap Room at noon EST in Vankleek Hill, Ontario to raise a glass of their apple and spice gruit, Lamb’s Wool. Made with yarrow, cinnamon, cloves and unfiltered apple juice, Lamb’s Wool is currently available in bottles and on tap in Ontario and Québec. It has a rich history that dates to Celtic pagan times, when it was enjoyed mid-winter as part of various ‘wassail’ traditions. Other gruits on tap for the day are a carefully preserved keg of Triceratops Tripel (brewed for last year’s International Gruit Day); the award-winning St. Luke’s Verse lavender gruit; and December’s Ottawa 2017 Series creation, Glacial Gruit.

The origins of gruit ale date to the medieval times, when most beers in Europe were brewed without the use of hops. Instead bitterness was provided by a mixture called gruit, a blend of local herbs and spices. Brewing with gruit was mandatory, but eventually brewing with hops would become the new compulsory, and brewing with gruit faded into obscurity. Today this style of beer is known as gruit ale, a style which some craft brewers have now come to rediscover, including Beau’s.

Beau’s released its first gruit ale, Bog Water, in 2008, and has since become a frontrunner in the rekindled gruit movement thanks to its award-winning Gruit Series. According to Untappd, a geosocial networking service that allows people to share their beer-drinking preferences, Beau’s holds 6 of the top 10 spots in the Top Rated Gruit or Ancient Herbed Ale category for Canada.