(Seal Beach, CA)  – 8 years of impeccably curated craft beer and finely smoked eats – calls for a festive celebration. Join the festivities as the original Beachwood BBQ’s marks its 8th anniversary with an homage to all things 8. A menu featuring 8 unique animal-inspired menu items and the release of Beachwood Eight Double IPA! 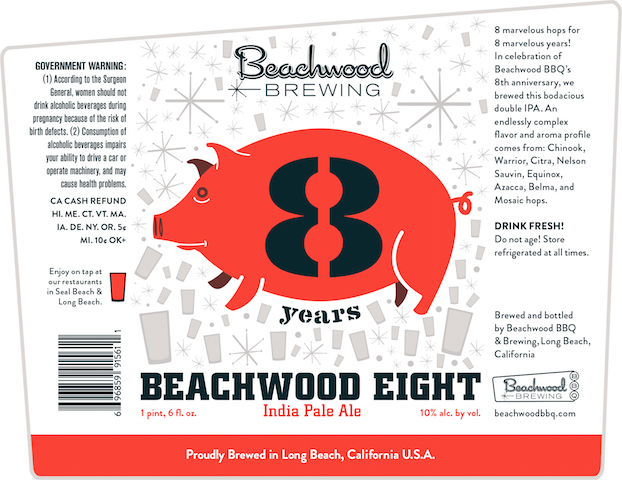 December 18th – 21st, Executive Chef & Owner Gabe Gordon, along with his team, will prepare daily specials featuring inventive animal dishes alongside Beachwood signature dishes. “We’re taking some creative liberties with the menu this year and focusing on delivering a truly unique experience every day.” According to Gabe, customers can expect to see anything from frog legs to exotic game meats.

“Each anniversary is sweeter then the last,” says Beachwood’s Owner Gabriel Gordon. “This has been a big year for us and we are so excited to see what next year holds.”

You can find Beachwood Eight on draft and in bottles at both Beachwood BBQ locations starting December 18th, 2014.