(Long Beach, CA) – Beachwood Brewing of Long Beach and Huntington Beach, CA issue a very strong statement in regards to a first hand experience dealing with AB-In Bev owned TheBeerNecessities.com website.  The Full Pint will be following along and covering this developing story, as ABI has a few new online properties which seem to be aimed at further blurring the lines between independent breweries and their own brands.  Read on for Beachwood’s statement. 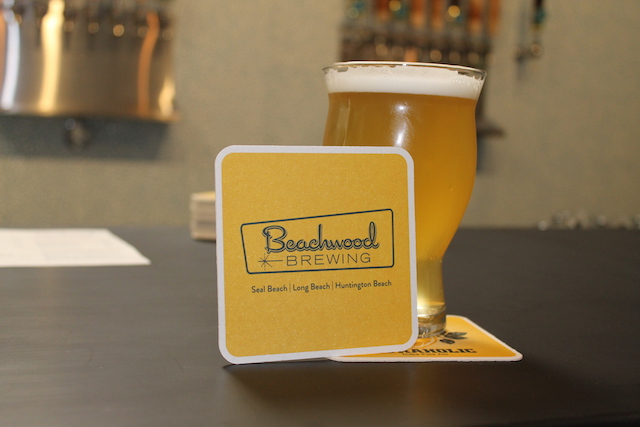 “Several months ago, we were contacted by a freelance journalist who wanted to write about Beachwood BBQ and Brewing for a new blog that was to be edited by beer writer Ethan Fixell. The blog wasn’t live yet, so we were unable to check its validity, but we are a small business who supports other small businesses so we agreed to the interview.

After the story was published on TheBeerNecessities.com last week, we discovered that this blog is not an independent publication but is actually a new venture owned and published by The High End, AB-InBev’s “craft beer” division.

READ: The AB-InBev “Why Don’t They Like Us” Tour Continues

As an independent brewery that has fought hard against the predatory business practices of macro beer for almost a decade, we wholly reject this free promotion and all that it stands for. We don’t want it. We don’t need it. And if we knew that it would be used, in our opinion, to help AB-InBev in their intensifying quest to dilute the de nition of “craft,” we certainly would have refused participation. With this in mind, we ask The Beer Necessities to remove the story.

Sure, we should have looked deeper into the blog’s ownership – and we certainly will in the future — but we also never in a million years would have thought that a multi-national corporation such as AB-InBev would be entering the blogging business.

The fact that they have shows the lengths that big beer is willing to go to fool you, the consumer, into thinking that their acquired “craft” brands are truly craft beer and that they (AB-InBev) have somehow come to share the values of independent breweries.

In his letter from the editor, Fixell addresses his decision to partner with The High End on The Beer Necessities by saying that we live in a “post-craft” world where anyone who is making good beer deserves to be recognized. While some of AB-InBev’s “craft” brands do make good beer, Fixell’s statements are puzzling to say the least.

Drinkers once supported craft beer not only because it’s a higher quality product, but also because it directly supports small businesses and the communities in which they reside. When AB-InBev uses distributor incentives and massive marketing budgets to get you to make that emotional purchase with their own brands, their objective is to get you to believe they are community-driven small businesses. But their brands are not of our community. With annual revenues in excess of 45 billion dollars, they are not us. They are not even an American company, much less a local one.

We feel there’s no coincidence that The Beer Necessities chose to feature Beachwood as a successful brewpub just as AB-InBev launches full force into opening its own brewpubs in new markets. Some of you may write this off as conspiracy theory talk, but we are entering a whole new battle for the hearts and minds of the consumer. When The High End now has media arms that are actively supporting us in order to make the correlation to consumers that we’re all the same, they are most certainly trying to move us into a “post-craft” era. However, we reject this completely. In our opinion, AB-InBev has not embraced “craft” brands and quality beer because they share the values of independence and creativity that have fueled the craft beer revolution; they do so because it furthers their only real interest—the endless pursuit of pro ts.