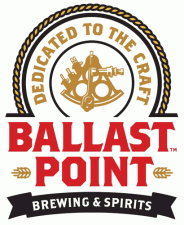 (San Diego, CA) – Ballast Point Brewing & Spirits announced today that it has begun constructing a new brewery at 9045 Carroll Way, with plans to be ready to brew there by mid-2014. The new brewery site in the Miramar area marks the company’s fourth location in the city of San Diego, and will be its largest.

The nearly 107,000 sq. ft. building will include 18,000 square feet of retail, including a tasting room and restaurant, covered by 18,000 square feet of mezzanine-level offices. Ballast Point plans to begin brewery operations first, with the retail and office space to follow in late 2014.

“There was a time, even very recently, when we couldn’t dream of a brewery this size,” said Jack White, Ballast Point’s CEO and founder. “After nearly 20 years, this is truly a new frontier.”

“To be able to make this a reality speaks to our team’s hard work and dedication to the quality of the beer we produce,” continued White.

The new brewery will contain a 150-barrel copper brew house purchased from Lohrer Brauerei in Lohr, Germany, which is three times the size of the company’s current brew house, alongside four 450-barrel fermentors. Over time, Ballast Point aims to roughly quadruple its current capacity.

“Right now, we are essentially maxed out; we can’t make beer fast enough, which is a fortunate problem to have,” explained Earl Kight, Ballast Point’s Vice President of Sales & Marketing. “Increasing production will help us keep our current customers happy while allowing us to expand our footprint across new markets in the U.S. and globally.”

The company is also investing in an expanded quality lab in the new location, with added quality control and analysis tools.

What started in 1996 as a small group of home brewers who simply wanted to make great beer evolved into the team of adventurers known today as Ballast Point. From bringing a

hoppy twist to a porter, or adding four types of malt to its amber ale, to creating a breakthrough gold-medal winning IPA, the San Diego-based company is known for adding its own touch and asking if there’s a better way. Today an internationally recognized leader in the craft brewing and spirits industry, the company makes over 40 styles of beer and bottles seven spirits. For more information, visit www.ballastpoint.com.