(Boulder, CO) — Avery Brewing Company, a Boulder-based craft brewery and maker of White Rascal Belgian-Style White Ale, is thrilled to announce the release of its tangerine IPA called The Real Peel IPA. Only 100% real tangerine peel was used to create this bright, fresh, and zesty 6.3% ABV IPA that will be available year-round and nationwide starting on May 19th. 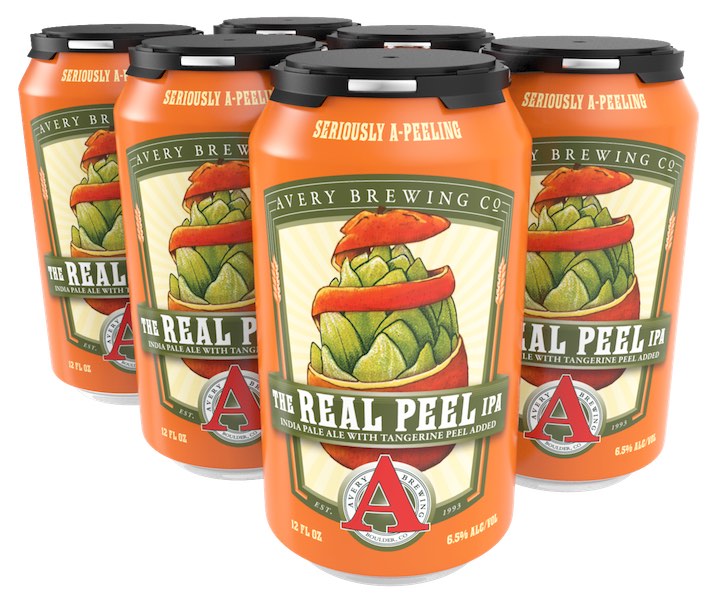 The Real Peel IPA was inspired by an Avery taproom-only beer that Boulder locals have come to enjoy every summer for the past seven years. Since Colorado receives 300 days of sunshine a year (allegedly), Avery Brewing decided this beer was ready to break out of its summer-time roots and be enjoyed all year round. Crisp Rocky Mountain glacier water, Columbus, Chinook, Centennial, and Cascade hops, and real tangerine peel come together to create this brilliant, zesty, and fresh IPA that will satisfy rain or shine.

“It’s been a project that has been ongoing for six or seven years”, says Andy Parker, Chief Barrel Herded at Avery. “As we developed this beer, we have made small tweaks each year to make it better and better. It’s been a staff favorite forever and at this point, it’s time to get it out to the Avery nation to enjoy.”

The new Avery Brewing facility, built in 2015, allows for an increase in brewing capacity and the ability to produce this Boulder favorite year-round with a national distribution. The Real Peel IPA pairs well with a fresh citrus ceviche, teriyaki chicken and veggie kabobs, Hawaiian-style pizza, and, of course, sunshine.

The Real Peel IPA will be available in six-pack cans starting on May 19th.