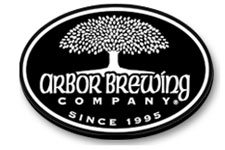 ABC Packaging Gets a Makeover


You might have noticed a new look on some of our six packs over the past few months.  During our first six years of distribution, we’ve really learned a lot about branding and packaging, and brand positioning.  And quite honestly, even though it sounds odd, we’ve really learned a lot about who we are as a brand and how best to convey our story and personality through our logos and packaging.

After looking at sales trends of year-rounders and seasonals over the past few years, we decided that the Red Snapper Roasted Pale Ale would probably perform better as a seasonal and that a better-known style like a pale ale would probably be a better fit in our year-round line-up.  The Ypsi Gypsi was a no-brainer because it sells like crazy at the pub and we loved the idea of doing a state-wide shout out to Ypsilanti.

So with that decision made, it was time to design packaging for our new brand.  Gypsi was our brewery operation’s manager Dan’s nickname for his wife Kari – who is also our general manager at Corner.  When we started brewing the Ypsi Gypsi, it was named in her honor so I knew that I wanted her to be the model for the new artwork.  I was surfing the web one day looking for inspiration and ran across an artist whose designs really attracted me so I contacted her to see if she could do a custom illustration for us.  I was thrilled to find out that she was interested and affordable.

The resulting artwork wildly exceeded my expectations but it was a real departure from the style of our other packaging.  But the minute we started introducing the Ypsi to wholesalers and retailers around the state, we knew we had a hit on our hands.  People loved the beer, but what drew them in was the packaging.

Another new brand we’ll be rolling out later this year is the Buzzsaw IPA.   Buzzsaw was originally available only on draft at ABC.  But after it won gold in the IPA category and Best of Show at the World Expo of Beer in 2011, we started getting calls from around the state asking for it.  It has been available as a draft-only release for a little less than a year now and the response has been so incredible that we have decided to do special bottle releases twice a year – in August/September and January/February.

Based on the success of the Ypsi Gypsi, we decided to stick to the same design aesthetic we used for the Gypsi.  We needed to find a different artist because the Gypsi artist specializes in mystical fairy-type designs and we wanted something bolder and more menacing for the Buzzsaw.  So we commissioned a design using the website 99 designs where you create a design brief and then designers submit ideas and you get to pick the winning design and purchase the copy rights. We loved the Buzzsaw artwork immediately and have once again been blown away by the response from retailers, wholesalers, and customers at the pubs.  I can’t wait to see it on the shelves.

So now the task before us is to slowly replace all of our existing packaging with designs that are bolder, more colorful, and help tell our story.  Our first make-over is the Blonde due out sometime this fall.  The Blonde was brewed in honor of the Brasserie Greff, in Nancy, France which we believe was founded and run by Matt’s forebears in the latter part of the 19th century.  So we named it Brasserie Blonde.  We realized immediately that that was not a good choice because everyone read Brasserie (the french word for brewery) as Brassiere (a woman’s undergarment that supports her breasts).  And in fact, Meijer refused to stock the beer until we explained the difference!

So we figured the Blonde would be a great place to start and decided that since Corner’s beautiful red haired GM is the Ypsi Gypsi, Arbor’s beautiful blonde haired GM Casey Hyde should be the Blonde!  And we decided to allude to our new brewery in India and call it Bollywood Blonde.   We went back to our Gypsi artist who did this absolutely stunning rendition.

We are in the final stages of selecting new designs for our sour series and as soon as that is off my plate, I’m going to turn my attention to the Sacred Cow.  But don’t worry, we love the logo and are definitely sticking with that theme – just adding some punch.