(Boone, N.C.) – June 10, 2019 – Appalachian Mountain Brewery (AMB) has announced the release of its Margarita Gose, known as Marg Gose to its fans (pronounced “mar-go-suh”), in cans across North Carolina, South Carolina, and Tennessee. The beer is the first release in the brewery’s new Sour Series, now available in six-packs of 12-ounce cans. 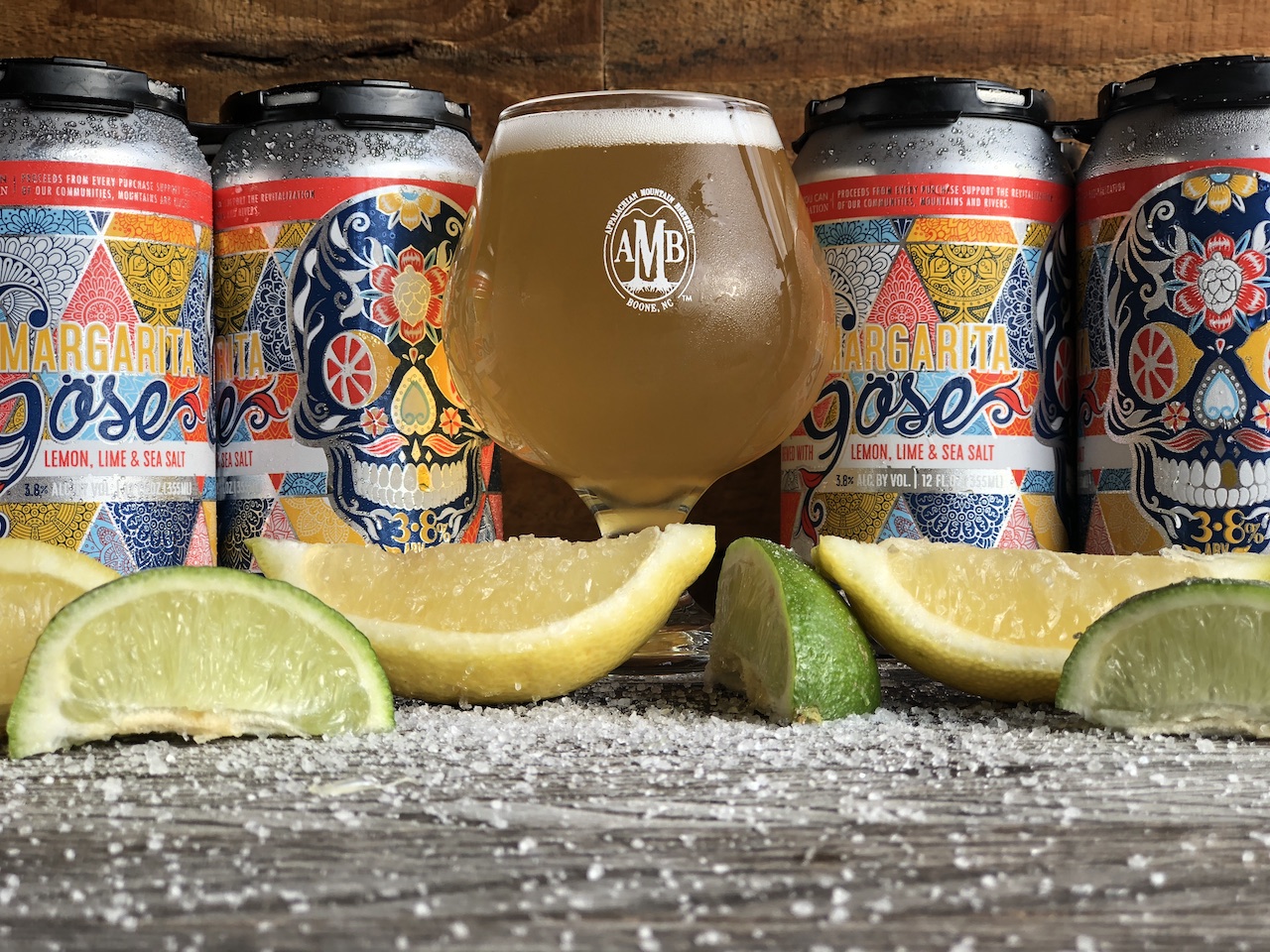 One of AMB’s most-requested sour beers in its taproom and around town in Boone, Marg Gose is a traditional German sour brewed with fresh lemons and limes, sea salt, and coriander. The easy-drinking, thirst-quenching 3.8% ABV beer is available in six-packs of brightly colored 12-ounce cans with a vibrant patchwork design reminiscent of colorful barn quilts seen across the rural Appalachian countryside. The citrus-eyed skull on the back of the can gives a nod to Dia de los Muertos sugar skulls and the beer’s lemon, lime, and sea salt margarita-inspired flavors.

Marg Gose was created after AMB won the Brewbound “Start-Up Brewery Challenge” in 2014 and visited Portland’s Widmer Brothers Brewing to brew a victory collaboration beer. It was there that the AMB team learned about kettle-souring techniques and the inspiration for Marg Gose was born.

“Brewing that first sour beer with Widmer Brothers sparked our creativity, and we fell in love with the style,” said AMB Brewmaster Nathan Kelischek. “We kicked off our sour program here in Boone, and we’ve been experimenting with kettle sours ever since, adding our own High Country flair to the traditional style.”

In 2019, AMB will release two more of its popular sour beers into six-packs of 12-ounce cans. Starting in July, fans across the South Atlantic can find Raspise, a Berliner-Weiss brewed with raspberry puree and spearmint, which grows thick as weeds in the High Country. In the fall, AMB will bring back Slice of Paradise, a kettle sour inspired by a Southern pie, made with raspberries, , graham cracker,, and cinnamon=, available in time for the holiday season.

For more information on Appalachian Mountain Brewery, please visit amb.beer or see what the brewery is up to on Facebook and Instagram.

Nestled in the High Country of North Carolina, Appalachian Mountain Brewery (AMB) is dedicated to making seriously delicious craft beer, while focusing its business model on community, sustainability, and philanthropy. The brewery is deeply rooted in the Boone community and supports dozens of local non-profits each year through the We Can So You Can Foundation and its Pints for Non-Profits program at the taproom. AMB has earned numerous awards for its innovative craft beers and ciders, including its year-round Lager and Not an IPA (P.S. It’s an IPA), which won gold and silver, respectively, at the 2018 Great American Beer Festival, and Boone Creek Blonde Ale, which earned gold at the 2017 Great American Beer Festival. AMB’s core portfolio also includes Long Leaf IPA, Spoaty Oaty Pale Ale, and Porter, a gold medal winner at the Great International Beer and Cider Competition.