An Update On Lucky Town Brewing 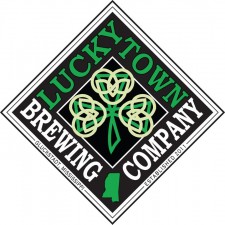 Back in January we found out about a New Mississippi upstart, Lucky Town Brewing. They are kicking up plenty of dust on kickstarter, raising almost $15,000 of a $20,000 goal. There is about a week left so if you know anybody in Mississippi that wants to drink local, make sure to have them check it out.

Jackson, MS – If everything goes their way, on March 12, 2012 Lucas Simmons, Chip Jones, Brandon Blacklidge & Angela Aiello will have the budget to begin to make their dream a reality. The group is attempting to make history in Mississippi by relying on supporters who believe in their project to fund a portion of their start-up brewery via the popular crowdfunding website kickstarter.com. With over ten years of combined brewing experience these entrepreneurs are confident that they have the business sense to not just reach for their dream but to make it a success.

Driven by an extreme passion for both innovation and beer, Lucas took what was once just a dream and decided to create a beer that would not only challenge state laws but also broaden the perception of beer in Mississippi. For eight years, he brewed beers of many different styles as a hobby, and with each batch his passion and interest grew. Eventually, he would be convinced that this beer should be available to those patrons who also appreciate the finer beers of the world. With just one brewery in Mississippi, there are a lot of thirsty customers who would love more local options.

Lucky Town Brewing Company was founded on this very notion – to craft beers that break boundaries between the working men and women of Mississippi and their wish for locally produced premium beer. With that mission, Lucas, Chip, Brandon and Angela decided to grant those wishes by sharing their passion for crafting beer. Not only will they become just the second brewery in Mississippi, Lucky Town will also be the only brewery located in the Jackson area, the state’s capital and largest metropolitan area. Having brewed two award winning beers so far their chance for success is promising to say the least.

According to the website, “Kickstarter.com is a new way to fund creative ideas and ambitious endeavors … [and] is powered by a unique all-or-nothing funding method where projects must be fully-funded or no money changes hands.” The four locals clearly took the site’s mantra to heart, launching an ambitious campaign seeking $20,000 in just 60 days. Lucky Town will use this funding to cover some of the startup costs associated with a brewery including licenses, insurance and equipment. However, the way Kickstarter works is that unless they raise the full amount by the deadline, no money changes hands. As of today, they have 182 backers and raised almost $15,000! The great thing about Kickstarter is that when you make a pledge, you are not only receiving the good feeling of knowing you’re supporting something you believe in, but you can also earn rewards. For just $25, your name will go on the wall of the brewery as one of the founding members and you will receive a couple koozies and stickers, or get a tank in the brewery named after you with a $2,000 pledge (and of course there are options in between as well). Click Here to watch their video and learn more about this ambitious endeavor.