(San Diego, CA) — Southern California’s AleSmith Brewing Company is pleased to announce the finalization of a partnership with Whitehouse Station-based Hunterdon Distributing to launch sale of its critically acclaimed beers in New Jersey. By the end of May, AleSmith’s liquid wares will be available throughout The Garden State, a step made possible by the brewery’s recent expansion into a large, state-of-the-art facility capable of producing enough beer to supply territories further removed from its home region. 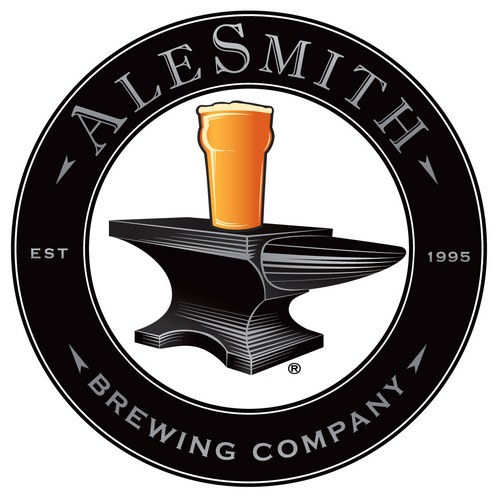 “Hunterdon is very pleased to announce that we are partnering with AleSmith to bring their award-winning portfolio to New Jersey,” says Robert Hodson, corporate brand manager for The Sheehan Family Companies, Hunterdon’s parent-corporation. “Both of our companies were founded 20 years ago, and share the same passion and commitment to bringing end-consumers world-class beer. Hunterdon has been patiently waiting for AleSmith to build enough capacity to come to The Garden State, and now the wait is over.”

“It’s been a longtime goal of ours to have our beers distributed in New Jersey,” says AleSmith director of national sales James Valles. “The state’s beer-scene is vibrant and ever-growing, and we feel the wide variety of European-inspired ales we’ve built a solid name behind will fit right in and provide a wealth of new options to New Jersey brew enthusiasts.”

Beer-fans can look forward to the arrival of core six-pack offerings such as AleSmith IPA, AleSmith Nut Brown and AleSmith Lil’ Devil Belgian-style Pale Ale. Numerous other year-round, specialty and seasonal beers will also make their way to New Jersey on a regular basis, beginning with spring-summer release AleSmith Double IPA, the quartet of high-gravity beers comprising the 2016 Vintage Series and variations of the world-renowned, coffee-infused AleSmith Speedway Stout. For more information on AleSmith and its line of beers, consult its official website, www.alesmith.com.

ABOUT ALESMITH BREWING COMPANY: Forged in 1995, AleSmith has been recognized by consumers and critics alike as one of the world’s foremost craft brewing companies behind accolades that include medals won at prestigious national and international beer competitions as well as being named Small Brewing Company of the Year at the Great American Beer Festival. AleSmith is on the verge of celebrating its 21st year in business and recently expanded, moving into a 105,500-square-foot, state-of-the-art brewery featuring a new 80-barrel brewing system that will allow the company to increase its production ten-fold. The expansion also included construction of the largest brewery tasting room on the West Coast (25,000 square feet) with an outdoor beer garden that will soon be joined by a second-story indoor-outdoor mezzanine, private rooms and a museum dedicated to San Diego Padres legend Tony Gwynn. AleSmith’s line of acclaimed beers, which includes Speedway Stout, IPA, Nut Brown Ale, X Extra Pale Ale and Old Numbskull Barley Wine, is distributed in 21 U.S. states and five countries. The company’s social media channels include Facebook, Twitter and Instagram (@AleSmithBrewing), and its official website URL is—http://www.alesmith.com.

ABOUT HUNTERDON DISTRIBUTING: Founded in 1996, Hunterdon has raised the bar for craft-beverage availability and selection in New Jersey by providing the most diverse and sought-after portfolio the market has to offer. The company currently represents over 70 domestic craft-beer and micro-distilled spirits brands, hundreds of imports and a unique line of sakes, ciders, wines and meads. Acquired by the Sheehan Family Companies in 2005, Hunterdon maintains a focus on bringing quality products to the New Jersey consumer. To learn more about Hunterdon, please visit—www.hunterdonbrewing.com.