(DENVER, CO) – The beer list for the ninth annual Denver Rare Beer Tasting is a mix of rare, vintage and exotic brews from 68 of America’s most highly regarded craft brewers. 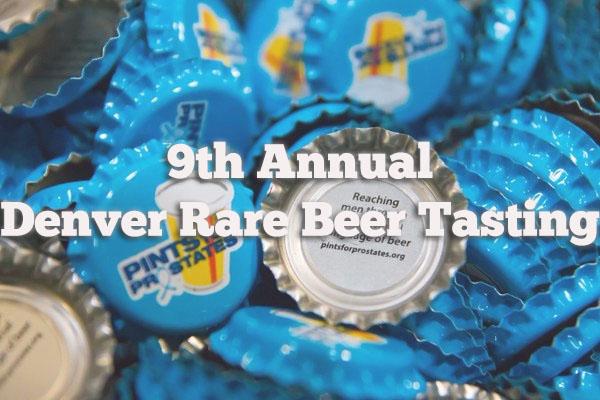 The Pints for Prostates fundraiser will be held on Oct. 6 in Colorado during the same weekend as the Great American Beer Festival. The beer list is a collection of barrel-aged, stylistically experimental, uniquely flavored and one-off brews giving beer aficionados the chance to explore cutting edge craft beer.

“Brewing craftsmanship and passion will be on display at this year’s Denver Rare Beer Tasting. This is the only time these amazing breweries and beers will come together in a single location,” said Rick Lyke, founder of Pints for Prostates. “We’re fortunate to get this kind of support from 68 amazingly creative breweries helping us to reach men through the universal language of beer.”

Twenty-six breweries will be pouring beer at the event for the first time, while eight breweries have participated in all eight previous Denver Rare Beer Tastings. Breweries representing 28 states are on the list.

While the unique beers are at the center of the event, attendees enjoy an experience that goes beyond what is in their glass. A special beer centric lunch created by Jensen Cummings of Brewed Food is included as part of the afternoon. Guests will have the chance to bid in an exciting Beer Lover’s Silent Auction. Denver Rare Beer Tasting ticket holders will be entered in a drawing for a five night Carolinas on My Mind Beer Adventure for two to Charlotte and Asheville, N.C., and Greenville, S.C. During the event, attendees can also participate in the Brewers Health Initiative, a free men’s health screening.

For the ninth consecutive year the Denver Rare Beer Tasting is sold out. VIP tickets sold out in just a few minutes and General Admission tickets were gone in less than two weeks, a new record for the event. The event will be held this year on two floors of the McNichols Civic Center Building at 144 W. Colfax Ave.

“Craft beer fans from across the U.S. and several foreign countries will get the chance at the Denver Rare Beer Tasting to sample a collection of beers that few people get the opportunity to enjoy, while rubbing elbows with some of the world’s most talented brewers,” said Lyke. “Our goal is to encourage guys to take charges of their health, while raising funds to fight prostate cancer.”

About Pints for Prostates
Pints for Prostates reaches men through the universal language of beer to encourage them to take charge of their health. The group was founded by prostate cancer survivor and beer writer Rick Lyke in 2008. The grassroots effort raises awareness among men about the importance of regular men’s health screenings by making appearances at beer festivals, social networking and pro bono advertising. According to the National Cancer Institute, approximately 161,000 new prostate cancer cases will be diagnosed in 2017 in the U.S. More information is available at www.pintsforprostates.org. Pints for Prostates also has a presence on Facebook, Twitter and Instagram (@pints4prostates).