(Athens,GA) – The first in Terrapin Beer Co.’s 2016 Seasonal Sessions line up has found its way into 2015, if only for a few days. Mosaic, a Red Rye IPA, has just started shipping to distributors. 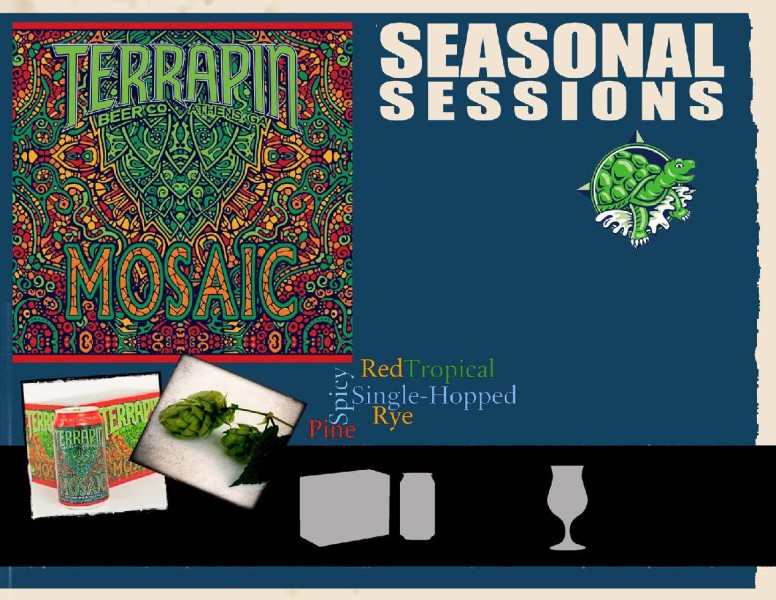 Originally released as a Side Project back in 2013, Mosaic aimed to showcase the Mosaic hop for the Craft Brewers’ Conference in Washington D.C. that year. This year’s Mosaic marks the beer’s third year as a Sessional Session. This year is also the second time the beer has been released in 12 oz cans.

From the can: Like a fine piece of art, Mosaic Red Rye IPA is masterfully created by using 100% Mosaic™ hops throughout the brew. With its aesthetically pleasing ruby red color and spatial depth from the rye malt, this hand crafted masterpiece leaves your palate’s canvas open to interpretation.