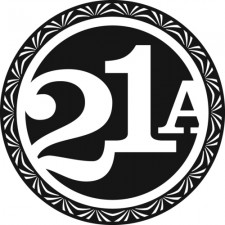 (San Francisco, CA) – For an inventive company such as 21st Amendment Brewery, which has only been selling its packaged beer for five years, being named to the San Francisco Business Times list of 100 Fastest-Growing Private Bay Area Companies is a huge honor. At a ceremony in San Francisco on Wednesday, the award-winning brewery was named number 63 on the list, having grown revenues 126% from 2010 to 2012.

Shaun O’Sullivan, Co-Founder and Brewmaster of 21st Amendment Brewery, said, “I was blown away that we were included as part of the SF Business Times Fast 100 list. We have a lot of fun with the work we do and strive for success and when it’s acknowledged like this it makes me appreciate all that we are doing even more. At the base of it all our success stems from our passion for making great beer and everything related to that, from our team to our marketing and packaging. This has been a true labor of love for us and it’s all for the fans that love our beer. We really look forward to the future and what that brings. Good stuff.”

Nico Freccia, Co-Founder and COO added, “Our growth is largely due to consistently hiring people smarter than ourselves. We’ve got an amazing crew, from our brewery team to our restaurant staff to sales, marketing and operations. Making this list is satisfying because it validates what we’ve come to believe – that we are an important part of the vibrant Bay Area craft beer scene, making a vital contribution to the local economy.”

The Bay Area companies which made the San Francisco Business Times list range from construction to digital marketing to food and beverage companies and boast a combined revenue of $3.5 billion. Together they contributed almost five thousand new jobs to the Bay Area in the last three years.

Hey, we’re Nico & Shaun. We live for great beer. When we opened the 21st Amendment Brewpub in San Francisco in 2000, we vowed to do things differently. To us, the 21st Amendment means much more than just an end to Prohibition. It means the right to brew beer, the freedom to be innovative, and the obligation to have fun.