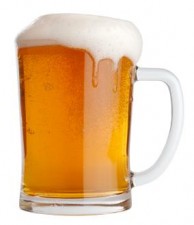 In the spirit of loving great beer, we are asking you, the readers, who is the Best Pacific Northwest Craft Brewery? For the sake of fun, we have added Alaska and Hawaii to Pacific Northwest States Oregon and Washington.

To vote, simply select one of the nominated breweries, or write one in using the comment feature below. So have fun, express your love for some great beer, educate your neighbor and fellow TFP reader, and don’t take this as serious as a heart attack!