(EUGENE, OR) — Ninkasi Brewing Company has released an Imperial Coffee Stout as part of the People Power Beer campaign to benefit The American Civil Liberties Union (ACLU). Ten percent of proceeds from the sale of this beer will be donated to The ACLU. People Power Imperial Coffee Stout is available only on draft and available in 32oz. crowlers exclusively at Ninkasi’s headquarters, The Ninkasi Better Living Room in Eugene, Oregon. Online sales for pickup or delivery are now live on Ninkasi’s online ordering site at BierMi.com, or walk-ups are welcome daily from 11am-7pm. 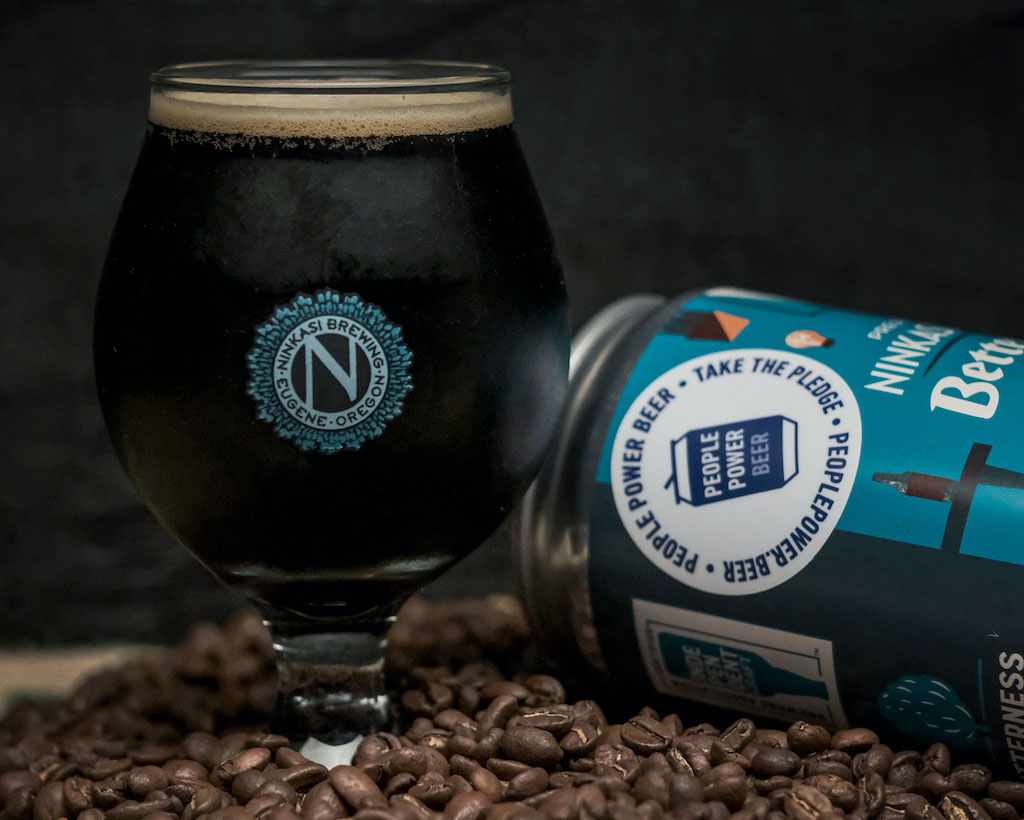 “Ninkasi was founded on the desire to Perpetuate Better Living and on the belief we can help others do good by using beer to bring people together, said Ninkasi Brewing CEO Nigel Francisco. “We’re excited to participate in the People Power Beer campaign because we strive to put our core values into actions. People Power’s mission to galvanize meaningful policy change resonates with us.”

Additionally, Ninkasi’s People Power Imperial Coffee Stout features Eugene-local Farmers Union Coffee Roasters. “It was important for us to make this a collaborative community effort,” said Chief Experience Officer Sarah Johnson. “Farmers Union Coffee Roasters has been an incredible partner with us this past year. They specially-roasted this coffee for the partner brew and we’re excited to release a truly special beer for our community in support of a great cause.”

People Power Imperial Coffee Stout
This Imperial Coffee Stout was created as part of the People Power Beer project, 10% of proceeds from the sale of this beer benefit the ACLU to galvanize policy change at the national and local levels in an effort to protect the rights of all. Brewed with specially roasted coffee in partnership with Farmers Union Roasters, this beer is an embodiment of our core purpose: to perpetuate better living.

About Ninkasi Brewing Company
Founded in 2006 by Jamie Floyd and Nikos Ridge, Ninkasi Brewing Company is the nation’s 38th and Oregon’s third largest independent craft brewery (Brewers Association, 2019). Ninkasi continues to grow from its first batch of Total Domination IPA to three brewhouses, with 55-barrel, 90-barrel brewhouses, and a 5-barrel pilot program located in Eugene, Oregon. Ninkasi’s Flagship beers are sold throughout Alaska, Arizona, California, Colorado, Idaho, Hawaii, Montana, Nevada, Oregon, and Washington. The brewery remains privately-owned and is committed to community support and giving. Ninkasi’s Beer Is Love program offers in-kind donations and support for organizations throughout its distribution footprint. Ninkasi’s first restaurant, the Better Living Room, opened on its Eugene, Oregon campus in February 2020, soon to be followed by an experience in Tumwater, Washington in 2021.

About People Power Beer
For nearly a century the American Civil Liberties Union (ACLU) has defended our constitution in the courts. In 2017, they coupled those legal efforts with People Power, a grassroots movement to galvanize meaningful policy change at both the local and national levels. This initiative was designed to empower people with the tools and capacity to organize locally, to work against grave threats to our civil liberties. People Power Beer is an inspired, diverse, and united portfolio of craft beer and activations by the nation’s craft breweries produced to help support the ACLU’s tireless efforts to protect the rights of all.

More information can be found at peoplepower.beer.