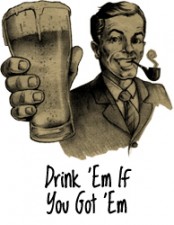 Atlanta, Ga – SweetWater Brewing Company is putting a personal touch on cask ale festivals by inviting some lucky ducks to come down to the brewery and create their own version of a cask ale. The “Brew Your Cask Off” Cask Ale Festival on March 20th, 2010 will feature 70+ cask entries all made on site at SweetWater Brewery by the fortunate folks who are invited or won the chance to brew their own recipe.

“We are creating a couple of base beers for them to start with and then letting their wild creative side take over from there!” said Mark Medlin, SweetWater’s Brewmaster. He will be overseeing all of the casks to make sure the final products are as tasty as the inspired recipes these amateur brewers had intended them to be. “Of course, we’ll have a few casks of our own for the festival as well.”

Those invited will be given a Cask recipe form and work directly with Hop City, a local package store and home brew shop, to pull together their master list of ingredients to go in their casks. They will have access to a diverse amount of yeast strains, spices, fruits, dozens of varieties of hops, and a plethora of offbeat adjuncts and additions. The only limits for this will be their creativity! All entries will be professionally judged prior to the tasting with awards for the Best Brews being given out during the Festival. Folks attending will also have their voices and votes heard as well with the People’s Choice award for the top cask.

The diverse list of guest brewers will include retailers of SweetWater brews, National and local beer media, home brewing societies, a few nonprofit organizations, and a some celebrities who will be stepping up to the plate to show off their skills. The non-profits will have the ability to not only have a cask entered into the festival, but also to raise some money for their organizations by auctioning off that privilege as well. Once on board, the guest brewers will work with Hop City package and home brew supply store to acquire all the necessary ingredients to create their masterpiece.

Kraig Torres, owner of Hop City says “We are so excited to be a part of Sweetwater’s upcoming ‘Brew Your Cask-Off’ Pro-Am. We are huge fans of the beer and highly passionate home-brewers; frankly we aren’t surprised Sweetwater has found a way to tap into both of these outlets! Our entire team – including our experts in beer, wine and home brewing – have contributed ideas for ingredients that will make each entrant’s beer truly unique. Considering we stock more than 1,500 beers here at Hop City, we had plenty of resources for inspiration. We know it’s going to be one heck of a contest. As always, Sweetwater has found a novel way to grab the attention of the beer world here in Atlanta and beyond.”

For more information on SweetWater’s “Brew Your Cask Off” Cask Ale Festival, to see the full list of guest brewers, and to order your tickets for this one-of-a-kind event visit  www.brewyourcaskoff.com