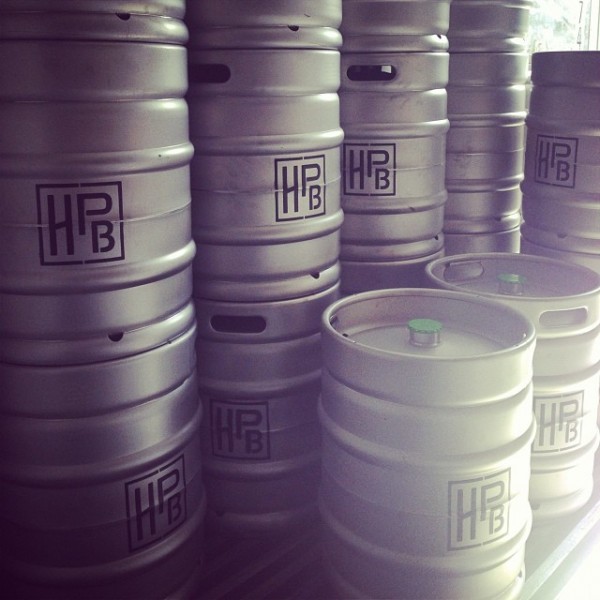 It seems like new breweries are opening up in southern California every week this summer, and while we’re smack dab in the middle of what we like to call “high-fest season,” there is one opening happening this Saturday, June 28th at The Hermosillo that I am just giddy with excitement over. Welcome Highland Park Brewery, a modest (but powerful) 7 bbl operation located within The Hermosillo’s complex.

Spearheaded by co-founder and Brewmaster Bob Kunz, HPB has already built a steady Los Angeles following since long before their doors opened due to Kunz’s deep roots in LA beer as the former Beer Director at Father’s Office and his stint as a brewer at Pasadena’s Craftsman Brewing. After successfully overcoming hurdles in permitting, inspections, and all the other fun obstacles a new brewery must face, the folks at Highland Park are ready to throw a party. Join them on 6/28 from noon-2am and taste your way through some thoughtful, small-batch brews including some of Kunz’s highly anticipated sour ales.

This is not a ticketed event, however you will have the option to buy a taster and food pairing package for $20. The package will include four 5oz tasters, cheese pairing, pork belly slider, and a taster glass to take home. The event will also be an open house, so Highland Park Brewery will be accessible from The Hermosillo for the first time.
Beer list:
Refresh – House Beer
Hello, LA – IPA
Wake Up – Black Coffee Session Beer with Trystero Coffee
Vacation – Hoppy Belgian Style Single
Coco Noche – Coconut Imperial Stout
Refresh with Smoke – House Beer with Lapsang Souchong (Smoked Chinese Tea)
Near Mars – Sour Red Ale with Foraged Holly Leaf Cherries
Wake Up at Michael’s House – Coffee Beer with Lavender
Staycation – Vacation with Sage and Lemon Peel
+ more
Highland Park Brewery Grand Opening
Saturday June 28th from noon to 2am
@ The Hermosillo
5125 York Blvd
Los Angeles, CA 90042