Fort Collins, CO – Your car guzzles gas money and pollutes, so ditch it and ride a bike. In fact, turn your car title over to New Belgium Brewing at Tour de Fat celebrations this summer and receive a custom New Belgium commuter bike. The second annual Car-for-Bike Trade program will take place in all 2008 Tour de Fat stops. For volunteer car-swappers willing to forgo gas for pedal power and want to show friends and neighbors the benefits of living car-free, click here. 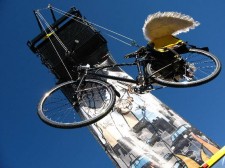 Through the program, one volunteer in each Tour de Fat stop will commit to live car-free for one full year. The dedicated individual will sign over their car title and receive a custom New Belgium commuter bike in exchange. The selected candidate will chronicle the trials and triumphs along their car-free journey. The volunteer is chosen after submitting a video or essay describing their desire to live without a vehicle.

As part of the Car-for-Bike Trade Program, each Tour de Fat stop will have a funeral for the departed car complete with a Mardi Gras-esque funeral procession. This funeral will be followed, later in the day, by a celebration of the arrival of the Car-for-Bike volunteer’s custom commuter bike. 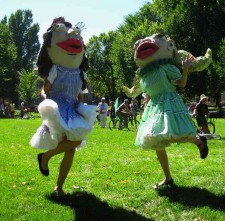 Tour de Fat 2008 will cycle through each of the following cities. To submit a video or essay for consideration as a Car-for-Bike volunteer, log on to http://www.followyourfolly.com/pdf/biketrade.pdf.