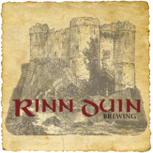 We are proud to present an original article from our latest Intern Matt from New Jersey.  He introduces the latest craft brewery to open, known as Rinn Duin Brewing.  If you are interested in an internship at The Full Pint, please follow this link.

While New Jersey maybe a little behind the rest of the country in embracing craft beer, the craft beer boom has taken hold in New Jersey in a big way lately.  Last time we checked there are more than 30 breweries operating and brewing beer in New Jersey.  The list includes a number of names you are probably familiar with, like Flying Fish and River Horse.

Most of New Jersey’s breweries are operating in Norther or Western New Jersey (the suburban New York and Philadelphia areas). In the past few years the Jersey Shore has begun to be represented as well with two shore-area breweries.  Carton Brewing and Kane Brewing companies have set up shop in Atlantic Highlands and Ocean Township respectively.

Now, with the impending opening of a new brewery in Toms River, the Shore will be caught up in the craft beer wave.

Rinn Duin Brewing, a new brewery opening in Toms River, will be creating four original beer recipes that will make up their flagship offerings.

Rinn Duin is the creation of a father and daughter team.  Chip Town has been a long-time home beer brewer. He has been perfecting his favorite recipes over the past 15 years. His daughter Jacqui, who has a background in chemistry, started to participate in the hobby with her father about 5 years ago after getting interested in the science of beer brewing.

The name, Rinn Duin, was taken from the name of an English castle built in County Roscommon, Ireland, which is where the Towns’ ancestors hail from. Rinn Duin castle was built in the early 1200’s and destroyed by the Irish in 1576.

As with most serious home-brewers, they would often fantasize about starting their own beer company but they hadn’t ever really taken the idea as more than just a shared dream until about 2010.  At that point, after a few solid years of working together on their hobby they started to take the idea more seriously and began to discuss plans in a more concrete way.

In 2011 after both Chip and Jacqui found themselves laid off from their respective jobs at the same time they jumped into making their brewery a reality full-time. They developed a detailed business plan, did research on the craft brewing market, spoke to local craft brewery start-ups and threw themselves head first into learning the ins and outs of the craft brewing industry.

They were pleasantly surprised to find so many potential competitors who were eager to work with them and share their knowledge and make them aware of potential pit falls.  As Chip relates, one of the owners of a bigger brewery told him “what’s good for craft beer is good for all of us.” This was a drastic departure from the cut-throat world of banking where Chip had spent most of his career.

In April, 2012, Rinn Duin set up their operation in a 6,500 square-foot space where they are building out their brewery.  The location includes a full brewing and fermenting facility, cold storage space, offices and a tasting room which is designed to resemble an authentic Irish pub.  The tasting room will have all of their beers on tap so that you can sit and enjoy their offerings after a tour of the facility.  Their plans also call for the pub to offer beer to take home in 64-ounce growlers, six-packs of bottles or kegs.. 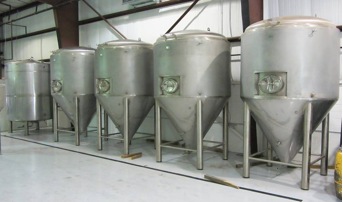 As the opening has gotten closer Jacqui has begun to talk to local bars and liquor stores and she is anticipating that as soon as the first batch of beer is produced it will be available at as many as 45 locations around the Jersey Shore.

The first four beers that they have created will be year-round staples for Rinn Duin. The flagship beers will span the full spectrum of ales.   On the lighter side they will offer Lawnmower English Blonde.  Chip said that this is the beer he reaches for on a hot afternoon after mowing the lawn, thus the name. Lawnmower is a crisp, refreshing ale that is great for warm weather without being too watered down like so many “summer” beers are.   Next is the St. John’s Irish Red Ale. This is a great, full-bodied red that is bursting with flavor but isn’t over-the-top with hops or punching you in the face with high alcohol content.  As Chip states, too many craft beers fall back on one of those two crutches. He would much rather just produce a great tasting beer that he loves than go with the popular gimmicks.  The next offering is Sandpiper English Brown Ale.  This is much like a New Castle Brown, but perhaps even a bit smoother. The last of their flagship beers is their Trinity Smoked Scottish Ale. This is the most complex of all of them.  The malt is roasted and gives off a flavor that reminds you of well-smoked barbecue without getting overly smoky. As Jacqui says, this is a great beer to pair with anything that has bacon.  She is right. The smoke in the background would pair perfectly with something that had that smoky, fatty goodness in it.

In brewing their beers, Rinn Duin has sourced their ingredients to be as authentic as possible in their attempt to make truly English, Irish and Scottish ales.  They are currently using a boutique supplier of hops from England as well as purchasing their malts and barley from the United Kingdom as well.  Additionally, they are looking down the road to brew beers with authentic English ingredients such as possibly having beers infused with English tea.

If you are frequenting Jersey Shore-area bars look for their distinctive Shillelagh tap handles soon.