The tale of the last 20 years in San Diego brewing can be told using acronyms, starting with IPA. The country’s southwestern-most region garnered the attention of the beer-drinking nation care of its New World renditions on the India pale ale. Early entrants into San Diego’s brewing scene such as Pizza Port and Stone Brewing led with this traditional style, which was far from en vogue at the time, then dared to customize it, not in a way that would make it more palatable, but instead more of a niche treat for craft-beer enthusiasts. Their vehicle for doing so: hops, mostly lupulin-rich classic C varietals. They were added in greater quantities than previously prescribed, and the West Coast IPA soon flourished as a region’s—and then a nation’s—tastes expanded to include and crave the bitter botanical bite from the fruit of the bine. 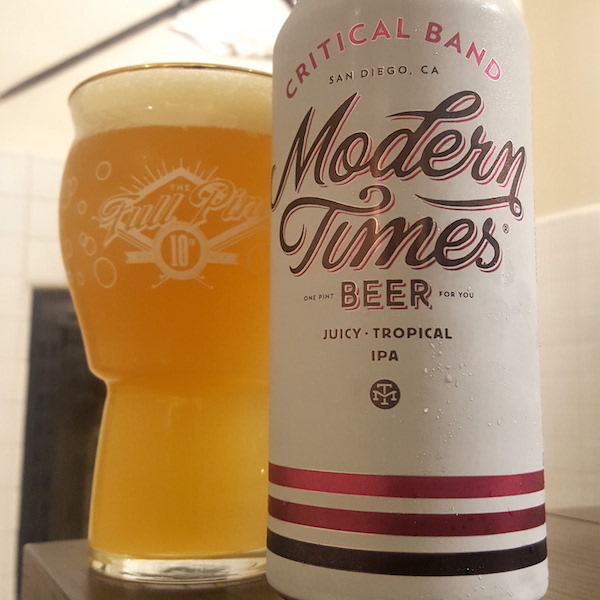 This gave way to the next abbreviated chapter of San Diego beer, the battle for IBU supremacy. San Diego beer-industry veterans like Stone’s Greg Koch, Port Brewing’s Tomme Arthur and Ballast Point’s Colby Chandler remember the “hop-slam” era that followed the West Coast IPA’s rise to nationwide prominence. This phenomenon saw breweries on each coast attempt to outdo each other by brewing increasingly bitter IPAs. The unit of measure in this fierce fermentation war was the international bittering unit (IBU). In the end, San Diego took bragging rights, and this ale arms race left an insatiable hunger for “extreme beers” in its wake. People wanted “more hops”…and more of everything else, too. Along came widespread imperialization.

Achieving greater IBUs led to crafting beers with higher ABV (alcohol-by-volume), primarily focusing on double and, eventually, triple IPAs (generally regarded as versions of the style coming in at or above 10% ABV). And once those were mastered, San Diego brewers deftly shifted polarities to excel in production of session IPAs (generally, iterations coming in under 5%) with as much hop character as standard IPAs plus perceived body belying a leaner grain bill. It’s believed by many that development of hoppy session-beer brewing techniques led to IPAs that now carry the moniker of the region itself.

READ: MEET THE HAZEMAKERS OF CALIFORNIA

Enter “San Diego-style IPAs”, India pale ales that, no matter the ABV, are big on hop flavor and aroma, dry as a bone, golden in color and crystal clear in composition. As much as I’m enjoying this acronym theme, I won’t spin that there is an SRM conflict (referring to the standard rating method used to measure beers’ color spectrum), but the legitimacy of beers lacking clarity has been questioned by many brewers and beer fans of late, due to the rise in the popularity of alternative IPAs, most notably the Northeast-borne “hazy IPA”. Varying from slightly unfiltered and cloudy to thick as a milkshake, they are as polar-opposite from “San Diego-style” as any beer in the same category can be.

Many brewing-industry veterans, particularly in San Diego and other established brewing regions where IPAs are popular and have been refined over time to meet the most stringent of standards, harbor varying levels of disdain for hazy IPAs. Many see them as gimmick beers, while others feel these “lazy IPAs” are an easy out for less-skilled brewers who perhaps lack the wherewithal to consistently produce balanced, crystal-clear versions of the style. Regardless of a brewery’s reason for cranking out Northeast-style IPAs, the overwhelming consumer demand certainly justifies embracing the murk.

We are in the midst of a nationwide haze-craze. Whereas a percentage of beer-makers have their doubts about the style, beer-drinkers appear to have zero qualms. Today, it seems the only prerequisite of craft-beer consumers is that their beverage lack clarity. “Do you have something hazy?” Heretofore the only types of beers that have possessed characteristics that rendered every other aspect of their beings moot have been IPAs and they followed the acronymic history trail. “Do you have an IPA?” “What’s the hoppiest beer you have?” “What’s the highest-ABV beer you have?” The hazy IPA is the darling of the moment, and it doesn’t appear it is going anywhere soon, if ever. Clearly there is a lot to be gained by getting on board and manufacturing hazy IPAs, and a large number of San Diego County brewers have done so. There is at least one local brewery that only makes murky IPAs. All of this has birthed a question that is oft-ventured of late: Are San Diego breweries selling out by brewing Northeast-style IPAs?

The quick and obvious answer is no. While the region’s brewing companies have made their names via the IPA, amazing versions of essentially every style of beer the world over are produced in San Diego. Those who have ventured beyond the county’s tertiary top-layer of hops know that overriding quality across widely varying styles is San Diego’s true claim to fame and the reason for its hard-earned and exceptional reputation. If a style exists, local brewers are going to take it on, so why not the hazy IPA? And not surprisingly, there are scads of excellent interpretations available from numerous San Diego brewers. Despite an abundance of quality, there are dissenters among the industry’s intelligentsia who eschew this style and see it as detrimental to the region’s repute and integrity.

There are myriad reasons for this opinion. As stated above, some see the hazy IPA as a bastardization of the style that goes against responsible, genuine brewing methods. Others point to negatives of the style such as the beers’ inability to maintain structural integrity in cans (read: chunks of bottom-settling trübe plopping out during decanting) and the unhealthy nature of consistently consuming dead biological matter in large quantities. Then there are those who see incorporating hazy IPAs or leading with them as a money-grab and feel it is bad form to chase trends with financial and marketing concerns ahead of artisanal interests and integrity.

These opinions will likely be voiced in hushed tones in the back of breweries for as long as this style exists, which if it’s anything like any other style on the planet, will be forever. As a beer-writer and native San Diegan, I have my own opinion; one which I believe gets far less consideration than the aforementioned widespread concerns, being that it is far more big-picture and long-term in nature. While I feel it is in no way wrong for my hometown’s brewing companies to create hazy IPAs, I do feel it odd to see so many breweries flocking to another region’s popular style while, in turn, minimizing their attention to their own region’s namesake style.

How many cities, counties or states would kill to be known for something, much less a painstakingly difficult-to-perfect version of the most popular style of beer in the country? San Diego has achieved that, but instead of fostering it, a frankly alarming number of local brewers are resting on the laurels of existing beers while attempting to emulate contemporaries in another part of the country. It’s every brewery’s decision, of course, and dabbling in this style or making a stellar version of it is a good thing. It’s what San Diego is all about, but if there is a negative with locals’ swarming into the New England swamplands, it’s the downplaying of this “appellation” of sorts so many in the brewing community have worked hard to establish.

I can’t think of cases where regions with pinnacle-positioned reputations for other types of consumables have ditched their bread-and-butter to any significant degree to take on those of a competing locale. A Kansas City pit-master would sooner slow-smoke himself to that big family picnic in the sky before dumping his teachings in lieu of those of contemporaries in Texas or Memphis. More than water chemistry keeps New York pizza-makers away from eggs, butter and deep-dish pans. And clearly the Hatfield-McCoy caliber feud revolving around New England and Manhattan takes on clam chowder will outlast the spinning orb we call home.

To be fair, it’s mostly newer breweries—the type that didn’t help build the West Coast or San Diego-style IPA reputation—that are going the hazy route in the biggest ways. That said, Ballast Point, Coronado and Stone have all released one or numerous hazy or otherwise “unfiltered” IPAs, not only locally but across the nation. Theirs is a much more calculated step. At their size, facing the challenges that regional breweries do in the current competitive climate, they need to capture (or recapture) market-share via any means possible and especially the hottest trend in the beer industry.

There are always reasons businesses do what they do, but in exploring this new style—for whatever reason—I feel it is extremely important for San Diego brewery owners and brewers alike to consider a future beyond this fiscal year. It’s not wrong or sacrilegious to make hazy IPAs, but it’s incredibly ill-advised to purposely or absent-mindedly downplay the special nature of legitimately special beer for which your home region is known for. It chips away at a legacy that was hard-fought, which makes it easy to understand why it’s mostly veteran San Diego brewers who have mixed feelings or contempt for hazy IPAs.

Northeast-, Vermont-, Massachusetts-, New England-, East Coast-, cloudy, murky, muddy, hazy or whatever-you-want-to-call-them IPAs appear here to stay…and there’s absolutely nothing wrong with that. Like any beer, when made well, they are delicious and enjoyable. Breweries the country over are trying their hand at them, and San Diego’s lore is built off its brewers doing just that. But in the opinion of one beer writer (and various off-the-record San Diego brewers), a region that has made its entire reputation by pushing the IPA enough that it has been able to define its own namesake style recognized the world over probably shouldn’t shift from leading to chasing.