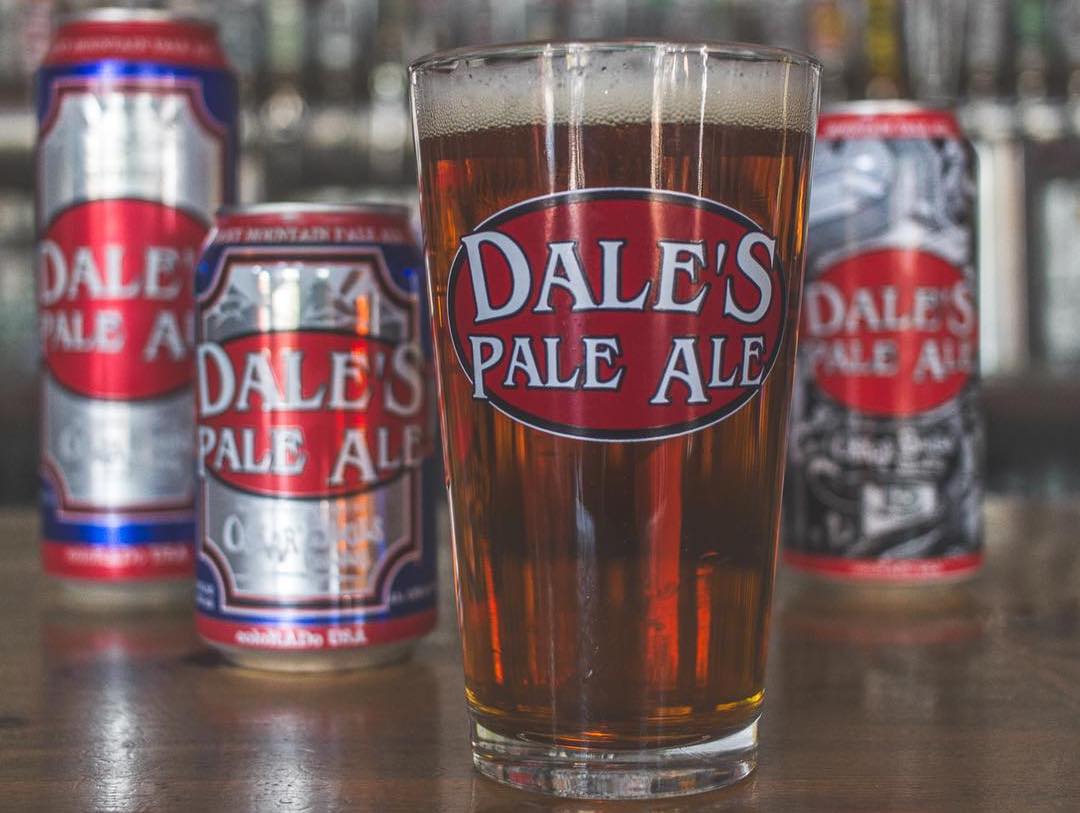 To continue on with the Flagship February theme, I would like to look fondly on what I consider to be one of the best American Pale Ales in the world, if not the best pale ales in the world, Oskar Blues Dale’s Pale Ale. Roughly sixteen years prior, the style was born with the well known Sierra Nevada Pale Ale. Since Sierra Nevada’s groundbreaking style was conceived, all other pale ales have sadly lived in it’s gigantic shadow.

I know it’s super unpopular, but dare I say I enjoy a fresh Oskar Blues Dale’s Pale Ale more than Sierra’s insanely delicious, green labeled beer. While Sierra Nevada was my first “hoppy” experience, Dale’s was the first American Pale Ale had that checked many boxes regarding enjoyable, drinkable hoppy beers for my tastes.

I was vacationing in Portland Maine one summer in the mid 00’s. I was ooohing and ahhing over Stone IPA and Stone Ruination IPA as the most cutting edge beers I was enjoying. My friend said that she found a beer called Dale’s Pale Ale that tasted and smelled like a West Coast IPA, but had some malt sweetness to balance it out. I was intrigued, and then was taken aback when she presented it to me in a can. A can of craft beer?? Yup, this was also my first craft can experience. I was immediately impressed by the can factor, as well as how perfectly balanced this IPA like pale ale was. While Sierra Nevada’s offering was crisper, dryer and had more perceived bitterness, Dale’s was dank and juicy. After returning to California, I immediately looked around for Dale’s to add to my rotation. Sadly, Oskar Blues was still a scrappy startup from Lyons, and drops of Dale’s were few and far between.

Thankfully a handful of years later, Oskar Blues became a nationwide craft beer phenomenon, and their beers can be found anywhere. When I’m chilling at the hotel on a beer trip, or at a restaurant, if fresh and available, I will absolutely crush Dale’s Pale Ale, even at 6.5% abv.

As best I can tell, the beer has stayed the same over the years, and if anything, has improved with the upgrades in packaging technology at Oskar Blues. While Sierra Nevada Pale Ale is a damn fine beer, if given the choice, I just may pick Dale’s, which is a mighty bold statement indeed. Stay tuned as I honor more of my favorite flagships.