Why Should We Care About BrewDog USA?

Right after we launched TheFullPint.com in 2007, we were studying up on all the major players in the craft beer space.  If a brewery had retail presence, we wanted to know as much as we could about them.  One of the biggest noise makers at the time, and still are, was Stone Brewing.  Stone had the loudest marketing and the loudest beers at the time.  Stone Brewing launched their collaboration series, and began elevating the stock of smaller, and sometimes unknown breweries that Greg, Mitch or Steve met during their travels.  One of the first breweries they bonded with was BrewDog. 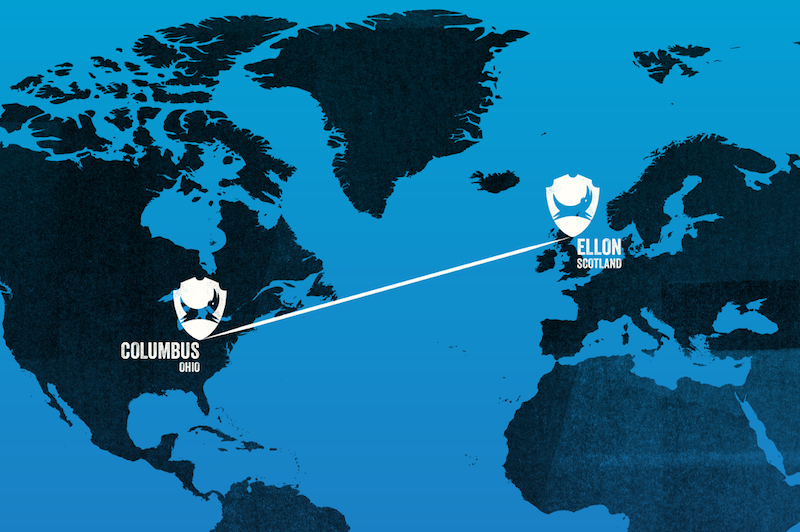 Stone is has been very fond of BrewDog.  At the time, Stone was still gravitating towards the Arrogant Bastard/Anti-establishment tone in their marketing, and it seemed they had found the UK version of that in BrewDog. They made “American Style” beers in effort to shock the local beer drinking fanbase, and even pulled some very clever stunts to get on the radar of the avid beer geek. Beers like Tactical Nuclear Penguin and Sink the Bismark pushed the envelope in terms of high gravity beer and in over the top packaging.

Beer geeks in the US took notice,and by extension of being fans of what Stone Brewing was doing, became fans of BrewDog out of Scotland.  With the latest craft beer boom in its infancy (about 1,500 craft breweries and brewpubs), this seemed like a perfect time for BrewDog to export their heavily branded beer to the States.

Shortly after BrewDog made its first debut in the States, they were met with major challenges that made this attempt a fail.  The beer took too long to make it here and because of all the middlemen, the beer was priced out of the market.  An old Punk IPA for $9.99 was sitting next to a bomber of Racer 5, priced at $4.99.

After regrouping, a year and a half later, BrewDog began producing some more experimental styles aimed at the beer geek bottle share crowd, and partnered up with another group to reintroduce themselves in the States.  Punk IPA was now half the price it was during its debut in the US. Even with the corrected pricing and more interesting offerings outside of the core lineup, these beers were collecting dust.  The concept of an American beer style being brewed in Europe, then sent to the US to sit next to fresh local beer simply didn’t work.  I can’t speak for the rest of the country, but I haven’t seen BrewDog bottles since their last crack at the market.  Once in awhile, I will see some on draft, but that’s been a while as well.

This by no means has been a setback for BrewDog, as they are a marketing juggernaut over in the UK.  A few times a year, BrewDog founders James Watt and Martin Dickie will make news by telling off the establishment and cursing at the big corporations.  Many of you have probably seen the BrewDog television show, where  James and Martin go on wacky adventures trying to make silly beers that would make Dogfish Head blush.  While it was not my cup of tea, there is no doubt that BrewDog is beating the drum for craft beer and hopefully inspiring new drinkers to try craft beer.

After the tv show was deemed a success, BrewDog reached the peak of their popularity internationally. They announced last year that they will be building a production/destination brewery in Columbus Ohio.  This is eerily similar to Stone Brewing’s attempt at going international with their Berlin production/destination brewery. While both Stone and BrewDog are taking a big risk in entering foreign markets with such grand expectations, Stone is bringing an aggressive American style to Europe, I’m not certain as to what BrewDog is bringing to the US that isn’t already here.

We are now at around 4,500 craft breweries in the US.  We have the top 25 craft brewers kicking and clawing for retail space, and a wonderful hyper local renaissance, where many metropolitan areas are being dotted with breweries in walking distance, serving fresh and innovative beer.  Companies like Stone, Green Flash, Ballast Point, Deschutes and New Belgium are going to have to go harder in the sales field then they ever have before.  How does BrewDog compete with this, even with their unique marketing approach?

Along with the announcement that BrewDog is about to set up shop in Columbus Ohio, is that they will be crowd funding via their Equity for Punks program.  I have read through it a few times, and they are really selling shares of their company, and offering some trivial perks depending on how many shares are purchased.   This is a head scratcher for me.  Even though BrewDog has raised their profile through their cable TV show, I just can’t fathom who would want to invest in this brewery in this manner. As of this writing, they have raised $1M in funds. If you are reading this, and you are a contributor, please reach out to us and share your throught process.

If a brewery makes good beer, people buy it, spread the word, give it good ratings on Untappd, and the brewery succeeds.  I personally don’t care about BrewDog’s fight against “the man.” Heck, with how big they are starting in Columbus, they might even be viewed as “the man” to other small breweries in the area. While this crowd funding type marketing was popular, and would have worked five years ago, I just can’t think of the audience for this in today’s craft beer landscape.

I wish BrewDog nothing but the best. I hope they make beers the locals enjoy, I hope they provide a boost in the economy for Columbus, my only concern is whether or not their dated approach to garnering attention will work for them in 2016 and beyond.

Click here for information on BrewDog Equity for Punks USA