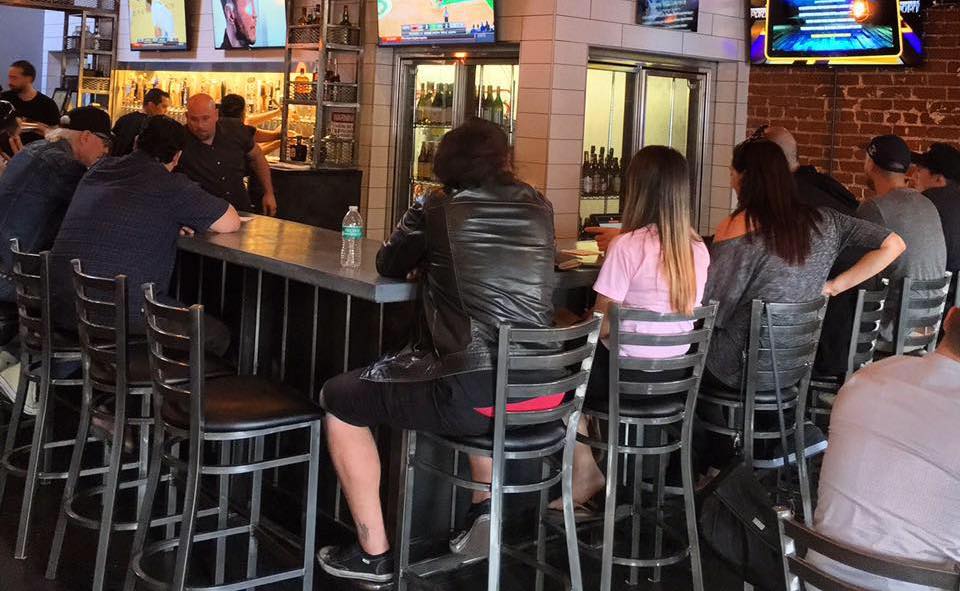 There are a few challenges that face a beer buyer, beer sales reps and to a lesser extent, beer drinkers in regard to today’s beer bar/gastropub. Within the last five years or so, the number of restaurants that have 20 or more beer taps have grown significantly. While I can’t speak for the entire country, here in Southern California, it would seem a bit less people are going out to a bar to buy craft beer than just a few years ago.

The challenges I speak of goes something like this: For the beer buyer, you are tasked with the balance of having a diverse lineup of craft beer, but a lineup that sells well and makes a good margin. All day long, as a beer buyer, you are bombarded with a salesforce trying to get a permanent handle in your establishment or an upcoming, unknown beer that may or may not resonate with the customers. A common challenge throughout the industry at all links of the chain is the fact that today’s drinker is not remaining loyal to a particular brewery or beer, they are “one and done”. Another challenge is the temptation of not being an IPA bar. IPAs are the best-selling beer in the country. There is a fine line between catering to that fact and becoming a one trick pony, alienating those who don’t love the hops.

The beer sales rep, whether it be a representative of the brewery or the distributor, is looking to do a few things that are challenging, also touched upon above. With signs indicating that the flagship beer is dead, heritage craft brewers and subsequent salesforce are having problems selling their core beers and getting permanent handle placements. The next two levels below the heritage brewer are trying to squeeze in their next new product or trying to sell a virtually unknown beer. This is tough.

The customer has some challenges as well. Back in the day, most restaurants and beer bars had between five and ten handles. With 20 or more handles at beer bars and gastropubs, customers are simply overwhelmed with choice. It seems like a vicious cycle in regard to the issue of waning brand loyalty. The chances of today’s beer bar keeping a popular beer permanently or semi-permanently are slim to none. There has also been a culture of what I refer to as “pitcher shaming” at finer beer bars. The average beer drinker loves to get off of work, and scarf down an appetizer and a pitcher of beer. In the craft beer world, things like frosted glasses and pitchers of beer are frowned upon in favor of expensive goblets of beer and paddles of beer tasters. This leads to higher prices and less glasses of beer enjoyed and, subsequently, sold. Let’s remember, craft beer can be expensive, especially when you are talking about a double dry hopped hazy Double IPA or a barrel aged imperial stout. While there are still pockets of the country that have $4 and $5 craft beers on tap, from my travels, $7-10 is becoming the norm on full pours of beer at beer bars and gastropubs.

So here we are, the beer buyer is fatigued, the sales rep is scrambling, and the consumer is flustered, while questioning the economics of it all. I’ve come up with a beer program in my head that could solve some of these problems.

I would present a two tiered craft beer program that would be able to be plugged into most craft beer bars and gastropubs with 20 or more handles. The first tier being a permanent or semi-permanent lineup of heritage, core brand entry level classics. These would be beers with a longstanding reputation for being true to style, with the highest quality. Typically, in half barrel format, these beers should be an economical purchase for the beer buyer and subsequently the consumer. These beers would be sold as full pours or in pitchers only. The hope is the customer feels like there is a good value on the menu, the wings and pitcher people don’t feel alienated, and the beer buyer is pouring through volume, making a good enough margin. The second tier would be a well thought out mix of popular beer styles,some fancier and in some cases stronger options. The hope is that after a few economical pours of beer, the average beer drinker might take a peek at the fancier, more expensive beers on tap. It would look something like this, and these options can be subbed out for what’s easily available and affordable:

So here is where things get interesting. As mentioned above, many beer buyers fall into the trap of stocking the “easy layup”, known as the IPA. Because there are plenty of customers who always want to try the latest, greatest and something new, taps 7 – 20 will be a cornucopia of great beer that should please the hop heads, but not be an uninspired gamut of IPAs.

Pricing for taps 7 – 10 can be creatively priced. Either set a fixed price regardless of the cost of the keg, offset by the volume sold by the six permanent handles, or have tiered pricing based on locality, strength of beer or cost of beer. We know that small batch barrel aged beer costs more at wholesale, so you can’t lose on that keg. The hazy made 10 miles away however should be fairly priced.