(Escondido, CA) — Stone Brewing announces the release of Stone ///Fear.Movie.Lions Double IPA. The stunningly delicious new double IPA creation is not named for its terrifyingly bold flavors or its Hollywood-worthy cast of brewers. No, it’s named after a 3m x 3m square in Stone’s Richmond, VA brewery with three words painted on it. What three words? Exactly! For the uninitiated, that’s what3words, a global addressing system that brings locators to the previously difficult to locate locations around the world. Literally. As in, more than three trillion of them.

Eh? Exactly. what3words provides a precise and incredibly simple way to talk about location by dividing the world into a grid of 3m x 3m squares. Each square has a unique three-word address. So ensuring that your Uber drops you at the correct entrance, finding your friend at a concert, or bringing emergency medical services to a remote mountainside just got easier. what3words is making the world less frustrating, more efficient, and safer, three words at a time. Watch the what3words video here. Watch the Wall Street Journal video on what3words here. 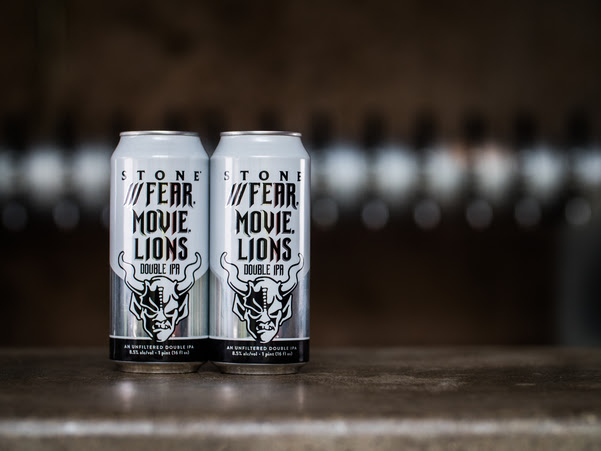 Inspired by the massive potential for positive impact of this system, Stone named this beer after a three-meter square smack dab in the middle of the brewery in which the recipe was created. What’s more, this new release is Stone Brewing – Richmond’s first year-round release and currently exclusive to the East Coast. The old adage, “location, location, location” has never been more apropos, as location is at the heart of the beer’s name, and the beer’s name is quite literally at the heart of the location.

“We’re supporting the what3words convention because we think it’s cool, and we see the significant social good in it,” said Stone Brewing Executive Chairman & co-founder Greg Koch. “We’re early adopters of the convention, and while companies like GPS company TomTom, and Mercedes, also believe that what3words is onto something big, we’re the first ones to use the convention to name a beer. In the not-so-distant future you’ll be able to use what3words to get beer delivered to you wherever you are, or to verbally tell your self-driving car to take you to the beer. In the meantime, we can relax and enjoy a Stone ///Fear.Movie.Lions Double IPA and dream about the world of the future.”

“Not being able to meet up and have a beer with friends at a concert, a tailgate, or picnic can be really frustrating,” said Chris Sheldrick, what3words co-founder & CEO. “We are honoured that Stone Brewing have crafted this lovely double IPA and named it using our system, helping to raise awareness of the positive impact it can have. Now ‘where shall we meet for a beer?’ can be solved with 3 simple words!”

Fittingly, Stone ///Fear.Movie.Lions Double IPA takes the East Coast inspiration of an unfiltered IPA, but spares any predictability beyond its lack of filtration. It’s amped up to 8.5% ABV with a noticeably West Coast-influenced bitterness, and tactfully balanced Richmond-style finish. The aroma provides a juicy bounty of fresh fruit and fresh hops. Its fresh-squeezed juice flavors include a hint of white sage and pair beautifully with sweet, salty and tangy dishes like Pad Thai noodles, Hawaiian Fried Rice or Prosciutto-wrapped melon.

Available in 16oz cans and on draft, the unfiltered Double IPA will be brewed only in Richmond, VA, and year-round distribution will be focused exclusively across the Eastern seaboard. 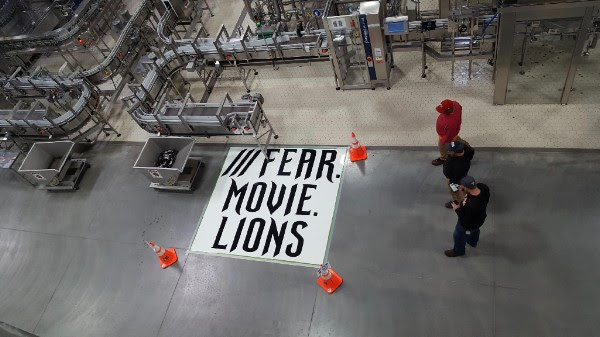