Reviewed: Other Half We’ve Been Out There in Orbit w/ Almonds, Cinnamon & Vanilla

Product description: We’ve Been Out There in Orbit Imperial Stout with Marcona Almonds, Cinnamon and Vanilla is like a Mexican wedding cookie in a bottle. We tweaked the original Orbit recipe to make it bigger and badder. 14.5% ABV. 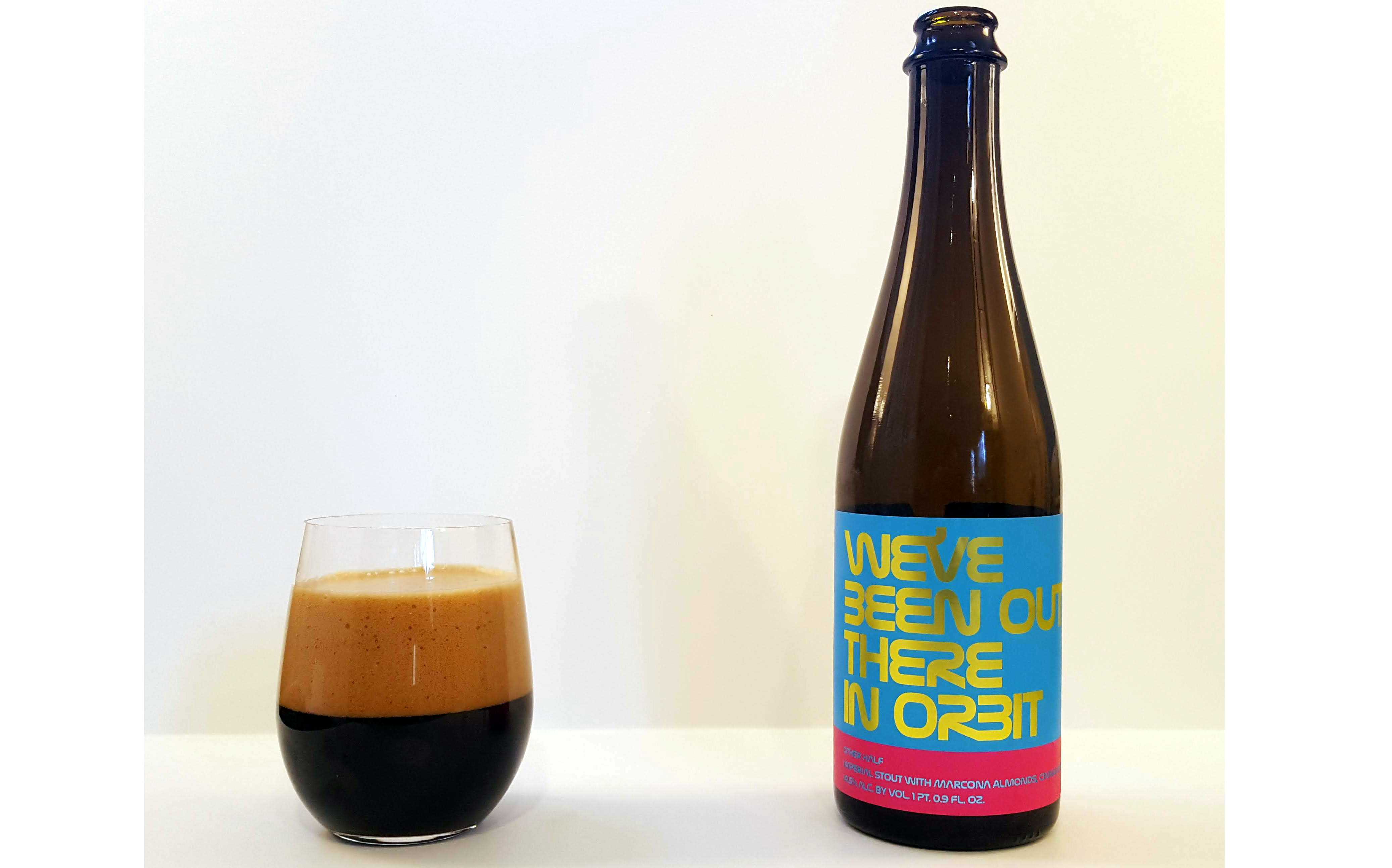 Other Half Brewing – Other Half We’ve Been Out There in Orbit with Marcona Almonds, Cinnamon, and Vanilla – 500mL served in stemless wine glass – 14.5% ABV

This was purchased directly from the Other Half tasting room in Brooklyn, NY during my recent visit in July. After sampling a variety of beers on tap at their recently expanded venue, this imperial stout stood out to me even in the summer heat when hazy IPAs were pouring fast and flying off the shelf. I grabbed a bottle to take home and share with my wife, who is an imperial stout fanatic, to say the least.

From a 500mL bottle, “Orbit” as I will call it from now on, is ink black and generates a tall head of mocha brown foam. The aroma is subtler than I expected, especially when compared to other imperial stouts in this subgenre such as Westbook’s Mexican Cake or Perrenial Abraxas. However, those include chili peppers to get that Mexican chocolate flavor that this version of Orbit doesn’t set out to replicate. Instead, Orbit brings out an interesting mix of marzipan, dark chocolate orange, and Belgian praline. The aroma continues to evolve as the stout reaches room temperature with vanilla taking over eventually.

On the palate, Orbit is ridiculously soft-bodied with a whipped mousse-like texture. The beer glides around in the mouth with no alcohol sting or sticky sweetness despite this being a “triple” stout at 14.5%. Flavors of Ferrero Rocher blend with hefty vanilla bean, though this vanilla addition is well-integrated and doesn’t cloy in the way vanilla seems to do with most other beers I encounter. Cinnamon flavor is very low, however, and I think it could be boosted much higher to bring out the level that was possibly intended.

Overall sweetness I would say is 6/10 and so is bitterness, giving it a balanced flavor that isn’t too intense. After getting through most of my glass, the most impressive aspect continues to be the mouthfeel. In fact, I’m not sure I’ve ever tasted a beer with such an impressive palate. It may quite be the greatest mouthfeel I’ve ever experienced in any beer period.

Clearly, Orbit exceeded my every expectation. The almond addition does wonders adding a marzipan flavor and almost hazelnut-like crunchiness to the beer. The vanilla isn’t overdone, which I greatly appreciate. And though cinnamon is too low to pick out, I’m sure it helps bolster the beer’s balance in the background. Though the spec sheet for this beer would disagree, Orbit is a subtle imperial stout with so much finesse. It’s a masterpiece in every sense.

But my wife is the real imperial stout nerd in the family. Her comment on this: “I want to be wrapped up in a blanket of this beer.”