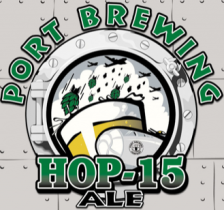 Appearance: Cloudy rust with almost no head, yet what head there was left a decent amount of lacing in the glass.

Taste: A good bit of citrus and sweetness that seems reluctant to give way to the hoppy finish. I’d be shocked if this beer didn’t have East Kent Goldings in it; the finish is reminiscent of English Bitter.

Overall: Certainly in the top half of double IPAs I’ve had (not that I’ve ever truly had a BAD double IPA). Having sampled a few more English Bitters recently, I enjoyed finding that same flavor in this beer.