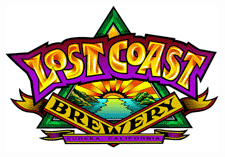 From Dan – Lost Coast Brewery started making some bigger beers a few years ago. While they never made it to bottle (still keeping my fingers crossed), they have made it on draft at finer beer bars. We were lucky enough to try Lost Coast Barrel Aged Old Fog Cutter at 38 Degree’s Barrel Aged Beer Night in 2011.

Appearance: Pours a dark tea brown with a thin off white film for head.