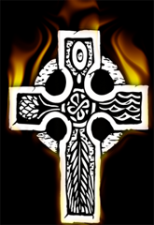 From The Lost Abbey – We’d like you to know that we’ve taken some inspiration from the wine world for this blend. We have one oak barrel that was a sour base beer with Cabernet Franc grapes. We also stole a barrel of Brandy Angel’s Share that was earmarked for the next Angel’s Share Grand Cru. Lastly we blended in a barrel of Red Wine French Oak barrel aged Gift of the Magi with a smooth oak bretty backbone to complete the blend.

Overall: Amazing. Like this a hair better than Veritas 009.