From Jester King Craft Brewery – Montmorency vs Balaton was made from a blend of two different barrel-age sour beers, refermented with a combincation Montmorency and Balaton sour cherries from Michigan. It’s 6.7% alcohol by volume, with a finishing gravity of 1.005 and 3.5 pH. 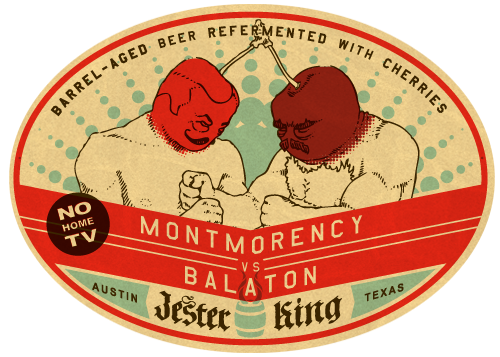 Overall: The beer was super tasty. With that said, I’ve tried a few of these amazing Jester King fruited sours, and they are not very sour.  For those lucky enough to have multiples, I am curious to know if these beers get more tart or sour with time. I’ll do my best to try and hang on to them longer. Think of New Glarus’ fruit beers, but more rustic.