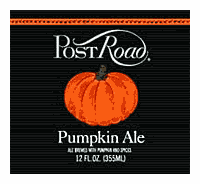 Appearance: Pours a vibrant amber orange with a thin film of white. The body lets through light.

Overall:  A very balanced, dry, spicy Pumpkin Ale. Unlike some Pumpkin ales, you could session this one.