What Will Frothy Beard Brewing Be Sending to GABF 2014? 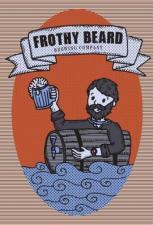 With weeks away from the 2014 Great American Beer Festival, you are probably trying to strategize on what beers to try. With over 500 breweries attending, this is no easy feat. That’s where The Full Pint comes in. We’ve attempted to gather as much info in regards to what will be poured at the festival, so you can take a look at what’s going on well before the festival starts.  Frothy Beard Brewing of North Charleston, SC fills us in on what they will be pouring on the festival floor, as well as what beers they are entering for that GABF Gold. Cheers!