Will There Be A Big Line for Kern River Brewing at GABF 2014? 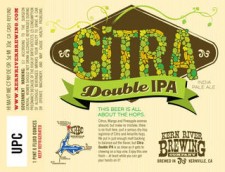 Our pals over at Kern River Brewing share with us what they are sending to this years Great American Beer Festival, and also share some thoughts on the current system in place for allowing in breweries and beers. The Full Pint will be bringing this type of news all month long as we gear up for the granddaddy of them all. We are your GABF 2014 Headquarters.

“Hmm, that’s a lot of hoppy beers.  Maybe we should throw something else in.  Maybe Black Rock Black IPA (7%)”

From Co-Owner Eric Giddens “Even though we got into the event this year I think there needs to be some serious reorganization of the event instead of the incremental changes that have been implemented.  Imagine REGIONAL GABF’s; from there you can progress to GABF on a merit based system, perhaps through a combination of voting by the public and competition judging.  A Pacific GABF in San Diego? A Midwest GABF in Chicago? How cool would that be? “