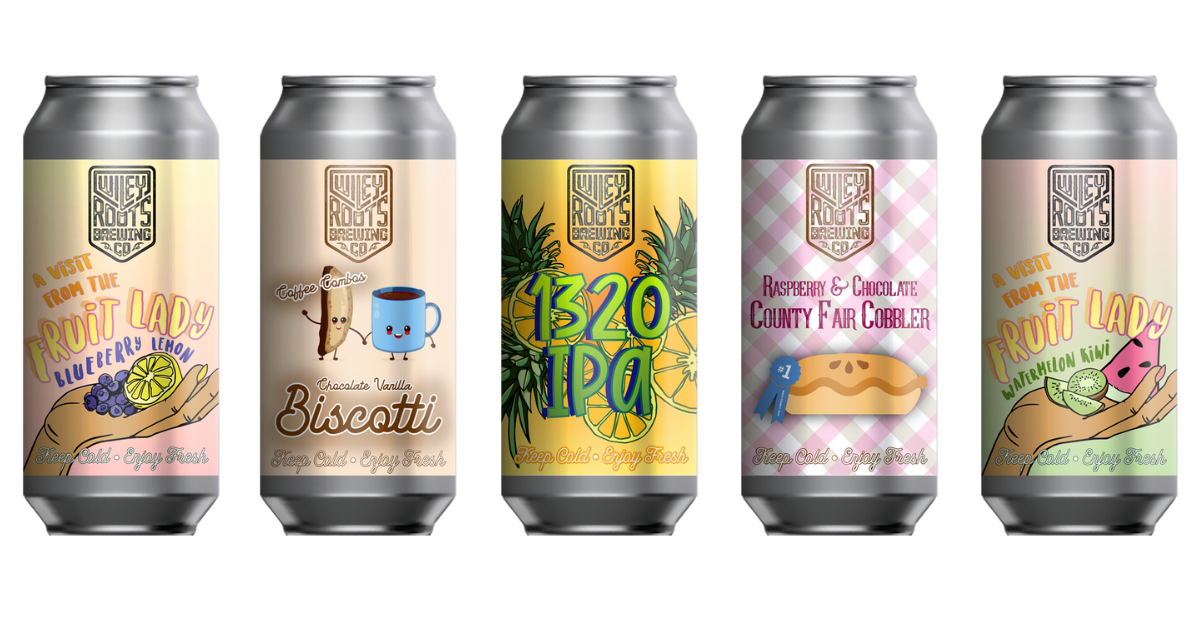 Two years ago Wiley Roots debuted Slush, a fruited kettle sour series inspired by the brewery’s favorite drive-thru. Shortly after, the brewery rented a slushy machine and served the sour beer frozen as a slushy. Fans quickly embraced the style and frozen beer slushies, forcing the brewery to buy a machine. This year, Wiley Roots hopes that they are able to recreate that excitement with A Visit From the Fruit Lady, a new beer series that began as the same base recipe for Slush, but with over 40% of the total beer being unfermented whole fruit purée from Source of Nature in Wellington, Colorado. So much fruit in fact, that the series is named after Source of Nature’s owner, Alex Leedy.

Wiley Roots is not the first brewery to make this style of beer. Smoothie Style Sours are the latest trend working their way across the country, starting from the East Coast. These beers begin as kettle sours, then whole fruit purée is added after fermentation at extremely high rates. Once the beer is packaged in kegs, cans, or crowlers, they are stored cold to prevent refermentation. The result is a thick, fruit smoothie beer, that resembles something you’d buy from the mall rather than a brewery. Wiley Roots decided to brew this new style back in September when Slush season ended, but wanted to wait until now to introduce the series. Kyle Carbaugh, co-owner and head brewer, admitted that customers have been asking for more fruit in their beers since back in 2015, when the brewery launched their first sour beer Carousel, but that now the timing was right for a new opportunity to give fans what they wanted. Wiley Roots also teamed up with Fermly, a local lab for breweries, to accurately test the alcohol in each variant of A Visit From the Fruit Lady, which will be announced before the release.

“Over the last few years, we’ve received a number of gifts at the brewery including a handful of smoothie beers from the Answer, Imprint Beer Company, and our friends at 450 North. All of these breweries have explored the Smoothie Style Sour by adding insane amounts of unfermented fruit to finished beer, which has created a very vocal and loyal fan base for the breweries. In Greeley, we are fortunate to already have that following, so we wanted to see what the reaction would be with this style of beer. One of the more recent gifts we received was a Banana Coconut Schmoojee from Imprint Beer Company. Without telling them what it was, I shared the beer with staff and family and was shocked to see my mom, who is our resident jack of all filing and canning line tasks, blending other beers with the Schmoojee. It was at that moment that I realized how fun these types of beers could be, crossing the divide between your typical IPA drinker and Imperial Stout fans and attracting new customers that may not drink beer.” said Carbaugh.