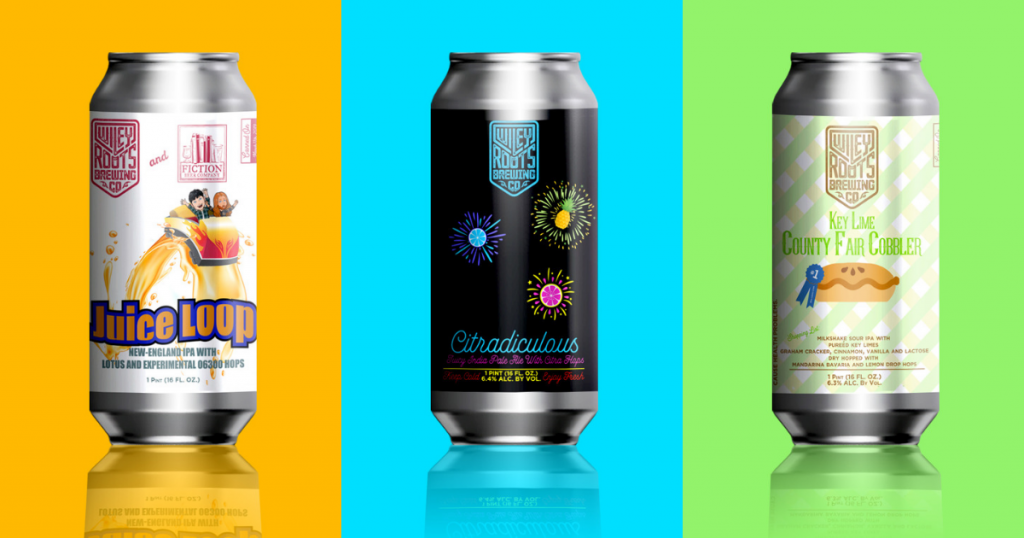 Citradiculous is a New England IPA made with only citra hops lending huge orange, lime, and lemon notes. This beer begins with dominate aromatics of orange zest, accompanied by flavors of orange juice and ripe citrus. Citradiculous showcases citra hops and finishes with a subtly dry citrus bite, but yet is refreshing and balanced.

Key Lime County Fair Cobbler is the next offering the brewery’s lineup of milkshake sour IPAs, and was brewed with puréed key limes, graham cracker, cinnamon, vanilla, and lactose, and is also dry hopped with mandarina bavaria and lemondrop hops. This is the seventh release in the series, which focuses on using fruit and pie adjuncts to recreate fan-favorite dessert pastries. The County Fair Cobbler series is a complete shift some of the hoppy kettle sours we’ve brewed in the past by intentionally changing aspects of the beer using lactose, specific yeast strains that express fruit character, souring cultures that maintain balance, hop varietals that complement the fruit aspects of the beer, and water chemistry that enhances body and hop perception to arrive at a base beer that lends to a heavy handed use of adjuncts and whole fruit.

Juice Loop is a New England IPA made with experimental hops 06300 and 06297 (Lotus), and combines both base New England IPA recipes from Wiley Roots and Fiction. The two breweries collaborated on the beer because of a mutual admiration for each brewer’s approach to the style. By incorporating experimental hops, both breweries were able to create something new and exciting. Juice Loop will be available at Wiley Roots starting Friday, along with Citradiculous and Key Lime County Fair Cobbler, and at Collaboration Fest on Saturday. Fiction Plans to release Juice Loop in their Denver taproom on March 23rd to coincide with other events for Colorado Craft Beer Week.

About Wiley Roots Brewing Company
Wiley Roots Brewing Company believes beer should be unique, crafted from the highest quality ingredients, and brewed with a sense of responsibility to the craft and to the surrounding community. We believe that brewing craft beer is an art and that it should be grounded in the core values of honesty, integrity, hard work, and the belief in one’s ability to create and share. We are a small, independently owned brewery with a unique focus on mixed-culture, barrel aged, and spontaneous beers in downtown Greeley, Colorado. Our beers have been awarded medals at the Great American Beer Festival in 2018 (Silver), 2017 (Gold), 2015 (Gold), 2013 (Bronze), and 2017 (Silver) at the Mazer Cup International. Wiley Roots Brewing Company was founded by Kyle Carbaugh and Miranda Carbaugh and opened in the summer of 2013.