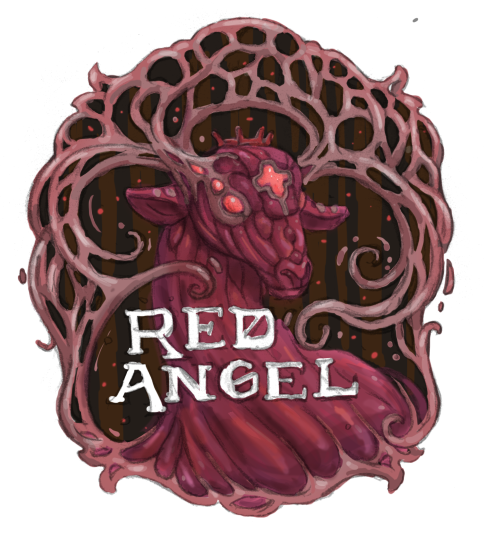 Wicked Weed Brewing is set to release an extremely limited number of Red Angel bottles, the first of a once-a-year release from the Angel Series. This vibrant, 7% abv, blood red sour ale received 1.5 pounds of fresh raspberries per gallon and was then carefully aged in red wine barrels for nine months. After this barrel-ageing period, the beer was blended onto another pound of raspberries per gallon totaling one ton of raspberries and eleven months of ageing.

Pre-sale of 150 cases will occur on February 28th at 12pm (noon) with up to a 12 bottle per person limit (6 bottle minimum purchase also available). Purchase of 1 case will include a Red Angel glass and an 8oz pour of Red Angel, while purchase of a 6 pack includes a Red Angel glass. Purchased bottles will be available for pickup in person via a VIP line Saturday, March 28th beginning at 12pm and Sunday, March 29th beginning at 12pm at Wicked Weed’s Funkatorium (147 Coxe Ave).

Red Angel is scheduled for a 12pm tapping on Saturday and Sunday in the Funkatorium Tasting Room with Red Angel merchandise available for purchase.

The regular bottle release and sale is scheduled for Sunday, March 28th at 12pm at $18.95 per bottle with a 6 bottle per person limit.

For all official rules regarding the pre-sale and bottle release sale, read below.

The Pre-Sale: On February 28th at 12pm, 150 cases will go on sale online (Link posted day of on Facebook, Instagram, and the brewery website).  Limit one per-person.

The Pre-Sale Bottle Pick Up: