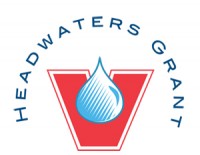 DOWNINGTOWN, PA – Victory Brewing Company is pleased to announce the expansion of their Headwaters Grant. First launched in 2011 following the release of Headwaters Pale Ale, the Headwaters Grant is Victory’s way of giving back to the groups working hard to protect vital water sources. In May of 2012, Victory extended the initial Headwaters Grant given to The Guardians of the Brandywine for an additional year and increased the grant funds to award a second grant to the Brandywine Valley Association.

“As we made the decision to expand our brewing operations to a second location, water quality was of utmost importance to us,” said Victory Brewing Company President, Bill Covaleski. “The pure water available at both locations contributes so much to the character of Victory beers. It is an obvious time for us to increase our funding to give back to the natural resources which so generously provide to us.”

In their first year as the Headwaters Grant recipient, The Guardians of the Brandywine have initiated multiple education programs encouraging individuals to take ownership of clean water issues.

“With the extension of the Headwaters Grant, we will continue to build awareness of our watershed and the importance of clean water in our communities,” said Tish Molloy, Board Member and Executive Director of The Guardians of the Brandywine. “Awareness leads to interest, interest leads to participation and with the grant extension, we will increase community participation in our activities to protect and preserve the waters of the upper east branch.“

With the initiation of the Headwaters Grant in 2011, Victory vowed that as the popularity of the Headwaters Pale Ale increased, so would the size and reach of the grants awarded each year. Being true to that statement, Victory Brewing Company is awarding a second Headwaters Grant this year to Brandywine Valley Association, who plan to use the funds to restore Little Buck Run, a stream in Parkesburg near Victory’s recently announced expansion site.